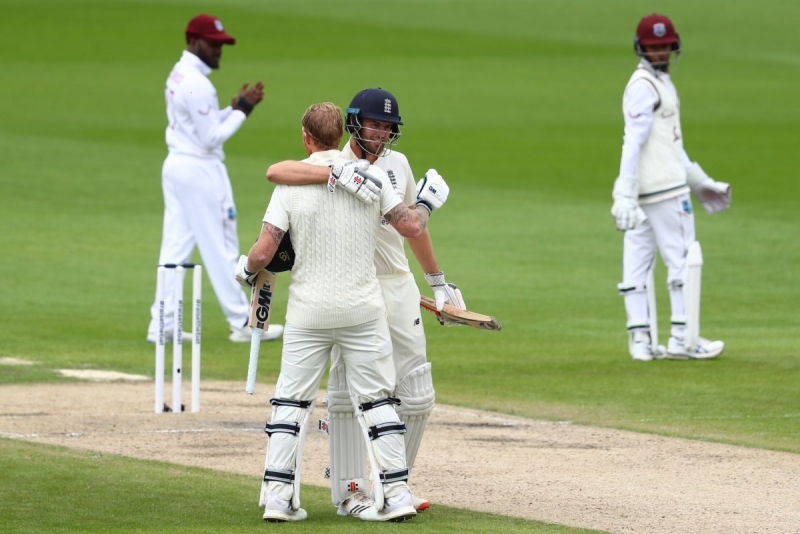 After their sizable victory over the visiting Caribbeans in the only ongoing test series, England must be feeling stoked. That is, of course, not just the result of having levelled the series after a first-match loss, but also the continued - and even increased - heroics of the current number one all-rounder in the world, Benjamin Andrew Stokes. Anyone who watched or followed the match knows that the man was a few steps above instrumental to England’s victory - he was close to being a one-man army. That being said, Dom Sibley’s century, Stuart Broad’s excellent bowling, and for the West Indies, Roston Chase’s overall performance and Shamarh Brooks’ solid batting also stood out as highlights. Before we head back to Old Trafford, let’s have a look back at what was, and forward at what might be!

Although they may have thought otherwise when England were 29-2 and then 81-3, much like England’s choice to bat after winning the toss in the first test, the West Indies’ choice to field first this time around backfired. A massive 260-run partnership between Dom Sibley and Ben Stokes saw the hosts get to the safety of 469-9 late on the second day, with Stokes being the pick of the two with his mammoth 176.

After a washed-out third day, It looked as though the match was heading for a draw - especially with Kraigg Brathwaite holding strong and good performances by Shamarh Brooks and Roston Chase - but some incisive bowling by the English bowlers saw the West Indies crumble for a modest 287.

When England came back out of the dressing room, they had clear and obvious intentions, and they got straight to the point. With Ben Stokes promoted up the order to lead the charge, the Three Lions roared their way to 129 in just 19 overs to give the visitors 79 overs of the final day to chase down a strong 311.

The Caribbeans never looked like they were in it, and after being reduced to 37-4, it was only a matter of time before it was all over. Although Jermaine Blackwood and Shamarh Brooks held the fort for a while, they just couldn’t withstand the resumed onslaught of the English attack, and fell for 198.

Once again, Old Trafford proved itself to be a ground that yields results. To be fair, everybody loves test matches that culminate in a positive result. It would be fair to assume, once again, that the bowlers will take precedence.

After England’s comeback, most people would favour them to win the series, bar nature’s interference or some inspired cricket from Jason Holder’s men. The only question is, will it be Stokes who takes charge again, or will the other English players step up and above him?

That inconsistency that we previously talked about has once again reared its ugly head, and given England’s commanding performance in the second test, the West Indies will no doubt have to come up with every ounce of resolve and skill they can muster to trump their hosts a second time, or even to draw the match and the series.

Will England win yet another home series by dominating their flaky opponents? Or will the Caribbeans get their act together and rally to a famous victory? Or will the series fizzle down to a draw, even? Find out starting Friday! 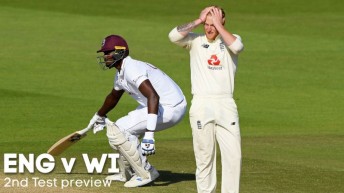