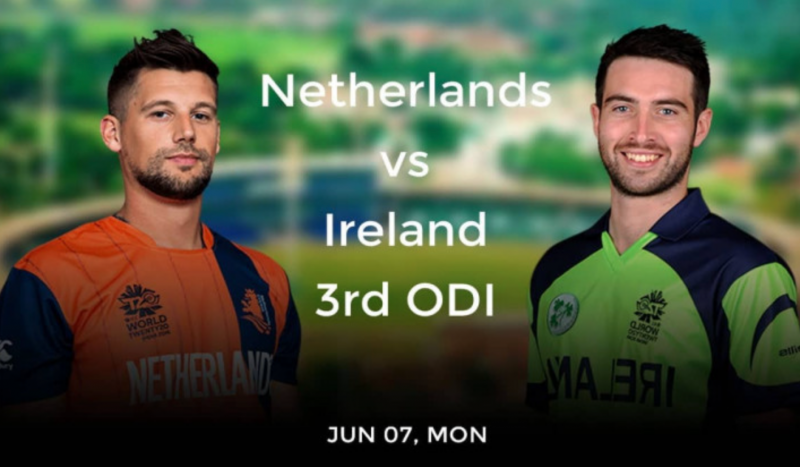 Dreams have a bad habit of turning into nightmares, and something like that happened to the Netherlands in the second match as their second battle against visitors Ireland saw them get thrashed to an 8-wicket loss. Nevertheless, things still stand even with what is essentially a best-of-one to decide the fate of the series coming up. The Dutch won’t want to lose out on a rare opportunity to make a mark, while the Irish will be looking to avoid both embarrassment and also being robbed of important World Cup Super League points. Before these two underdog sides meet one last time for this series, let’s take a look at how they did recently.

While the first match was gifted to them, the hosts found no such luck this time around. Batting first, Netherlands’ innings read very similar to the first match minus Timm van der Gugten’s heroics. Max O’Dowd top scored with 36 from 59, but with only 3 other 20-something scores to support him, the home side could only get 157 off almost their entire allotment of overs before being bowled out. On the defense, economical bowling continued, but the Dutch were far less successful in terms of taking wickets. Logan van Beek and Pieter Seelar took one each, but it was far from enough as their target was overtaken with 7 overs to go.

Max O’Dowd: Seemingly in decent form, O’Dowd must fire up a solid innings to keep his team in contention.

Scott Edwards: The only batsman for his team to maintain a decent ODI strike rate last match, Edwards also needs to extend that cameo into a full fledged knock.

Pieter Seelar: It’s not always useful to be economical if you can’t take wickets, and Seelar has a knack of making the latter happen.

It was a resounding return to form for the Irish after fouling up the first game. Fielding first, terrific bowling performances from Crag Young and Josh Little - each with 4 wickets to their name - saw the visitors dominate their opponents and limit them to a pretty pathetic total. In retaliation, Paul Stirling scored a stellar 52 off 64, allowing for Andrew Balbirnie and Harry Tector to play Test match knocks of 63 off 127 and 30 off 59 to pull the team through to victory with 8 wickets to go.

Paul Stirling: This man is one of the most in-form batters in the world right now.

George Dockrell: The former spinner turned batting all-rounder will have to prove his worth as the latter.

Simi Singh: After being unlucky in terms of wickets time and again, we think Singh will finally get those strikes.

Craig Young: The top wicket-taker in the series for now, Young will again be looked upon to do the hard work.

The pitch in Utrecht continues to be a difficult one for batsmen, with the ball hardly coming onto the bat and just about everyone struggling. Expect teams to choose to bowl first, and first innings batters to aim for 220+.

For players from two relatively cold countries, conditions will be ideal as the temperature will roam around 20 degrees with little or no chance of rain, moderate humidity, and a cool breeze to accompany all that.

Can the Netherlands come back to complete their upset and win the series? Or will the Irish continue their dominance from the second match? Find out if our Netherlands versus Ireland 3rd ODI predictions come true on Monday!

Do you agree with this Prediction?
Like
+1
Dislike
Want to start with a bonus? Choose the best Betting Site for youWhere are you from?
India Bangladesh 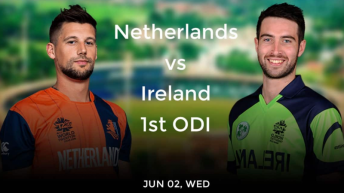