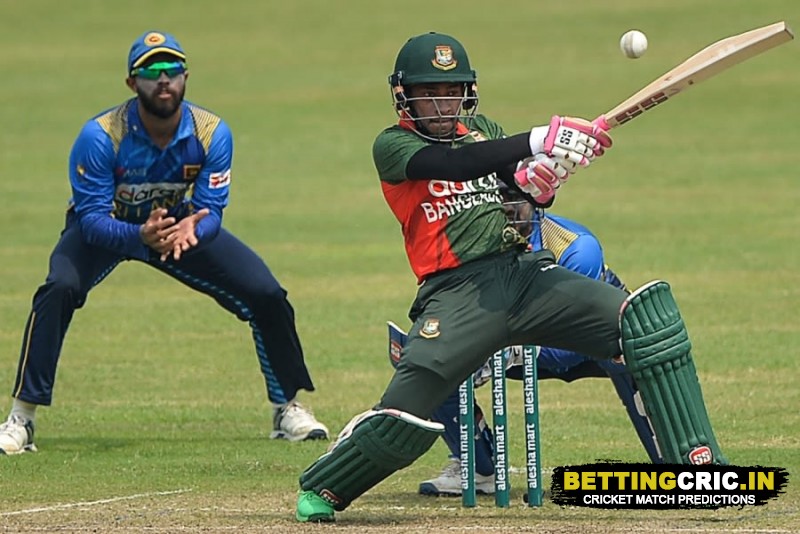 It wasn’t the cleanest performance by any means, but Bangladesh managed to pick up an important win in the first match of their bilateral ODIs against Sri Lanka. Some players showed promise while others looked off-colour, but the efforts of that former group were enough to get them over the line. The Lankans, meanwhile, were reasonably good with the ball but failed with the bat, with no one in the top order performing their duties. Now Bangladesh will be looking to close out the series, while Sri Lanka will be desperate to fight back in order to at least preserve their dignity. Before the big cats lock claws once again, let’s take a look at how they’ve been doing.

Old heroes returned while newer ones failed to fly in Bangladesh’s last match. Batting first, Tamim Iqbal gave the team a decent start with 52 off 70, and although Mahmudullah Riyad’s 54 off 76 was the other steadying factor, it was Mushfiqur Rahim’s powerhouse 84 off 87 that took Bangladesh to a decent (considering the pitch) 257/6. On the defense, it was a masterclass in spin bowling from Mehidy Hasan Miraz, whose figures of 10-2-30-4 led the way. That being said, he had excellent support from Mustafizur Rahman with 3 wickets and Mohammad Saifuddin with two as Bangladesh bowled their guests out 33 runs short.

Tamim Iqbal: Tamim has been in scintillating form lately, and when he’s in such touch, he usually continues for a while.

Mehidy Hasan Miraz: With a pitch that helps his style, Miraz will be a thorn in the Lankans’ side once more.

Shakib Al Hasan: Not very successful in the first match, Shakib will no doubt come back stronger.

First of all, apologies for mixing up Danushka Gunathilaka with Dimuth Karunaratne in the last preview. Losing to Bangladesh isn’t an easy pill to swallow for a Lankan team that once dominated them, so they will be eager to prevent insult being added to injury. Bowling first, Dhananjaya de Silva was the only person to take more than one wicket with a triple haul to his name, and as the Lankans didn’t give Gunathilaka a chance to bowl more than 2 successful overs, they found themselves chasing a strong target on a difficult pitch. Losing 6 wickets by 102 on the chase, the Lankans looked to be heading for an embarrassment before Wanindu Hasaranga became the unlikely hero that rekindled hope in the visitors’ hearts with a meaty 74 off 60. Unfortunately, it was all in vain as the team collapsed in a 224-run heap.

Kusal Perera: The captain will no doubt try to play a more fearless brand of cricket as he so boldly stated before the series.

Wanindu Hasaranga: This time around, we expect Hasaranga to shine with the ball rather than the bat.

Dushmantha Chameera: Chameera was short-changed when he wasn’t given two more overs to bowl, but he will most likely be back to strike harder.

As was made evident during the first match, the SBNCS currently features a two-paced pitch that’s difficult to score on, with some turn also going in the favour of spin bowlers. That being said, aggressive batting by Mushfiqur Rahim and Wanindu Hasaranga showed that it’s not impossible to go haywire on it. Expect teams to bat first and try to put up 270 or more.

With a very high chance of outright thunderstorms predicted for the 25th, the teams will be hard-pressed to finish even a reduced overs match. It will also be windy in the afternoon. Here’s to hoping we get to see cricketing action.

Can Bangladesh close out the series with a knockout blow? Or will the visitors punch back and get off the ropes? Find out if our Bangladesh versus Sri Lanka 2nd ODI predictions come true on Tuesday!