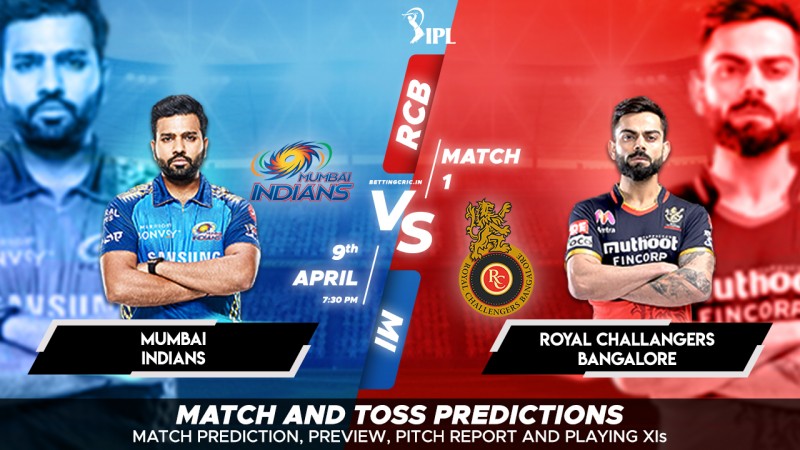 When an IPL begins mere months after the last one ended, it must feel like Christmas came early. With the hope that Covid-19 doesn’t cause it to be postponed like the PSL, let’s dive into the first set of predictions for the much-coveted competition. In the very first match, reigning champions Mumbai Indians take on Royal Challengers Bangalore, who were fourth last year. MI are undoubtedly the favourites, but with a star-studded team, RCB aren’t going to be pushovers this season. The Indians have their pride to protect, and the Royal Challengers will be looking to start the season with a statement victory. Before the relatively low-key opening ceremony gets under way, let’s take a look at the two teams.

Suryakumar Yadav: SKY was in excellent touch for his country against England, and will most likely do even better for his franchise.

Kieron Pollard: It’s unlikely that it will even get to that point, but if Pollard gets to come in relatively early, he will be deadly.

Trent Boult: The New Zealander will be keen on getting practice against Indians before the ICC World Test Championship final.

Jasprit Bumrah: Finally back from his prolonged injury-induced absence, Bumrah will be keen on making up for lost time.

Virat Kohli: The captain will employ every weapon in his arsenal to satisfy his hunger for wins.

Glenn Maxwell: The Aussie cost RCB a fortune, and much will be expected of him.

Mohammed Siraj: Back from his own injury, Siraj will be looking to outdo Bumrah in hopes of replacing or joining him in their national team.

Washington Sundar: Capable with both ball and bat, it is the former we are counting on when including him in this list.

The MA Chidambaran Stadium in Chennai features a pitch that lends itself to good batting. Spinners have a good time on it too, but the ball doesn’t start getting much help from the surface until the later stages of a T20, which means that unlike the case for most pitches around the world, teams winning the toss will look to bat first, and put up at least 170.

The weather in Chennai will be ideal for cricket. The heat won’t be oppressive, the air won’t be too dry, and the chances for rain are pretty much non-existent. It will also be too hot for dew, so that won’t be a problem either.

Can the Indians continue their winning streak from last year’s playoffs? Or will the Royal Challengers announce that they mean business by besting the best? Find out if our MI vs RCB predictions come true on Friday!