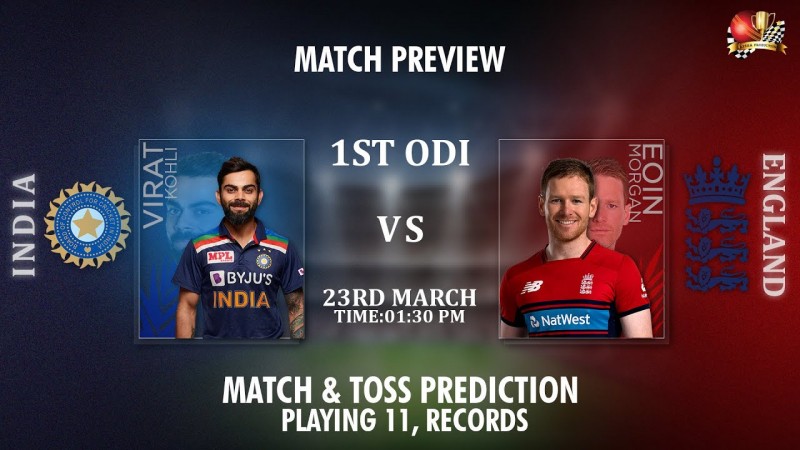 It’s been a series of triumphs for India, with the Men in Blue fighting adverse odds successfully to come back every time. Following victories in the Test and T20 series, India will now take on England in the format in which they are the World Cup champions. The home side are hot on the visitors’ heels in the ICC ODI rankings, and with ICC Cricket World Cup Super League points also at stake, this series promises to be a thriller just like the T20 leg. Before the two teams duke it out on the field, let’s take a look at how they measure up on paper.

Virat Kohli: The hero of his team’s comeback in the T20s, Kohli will be looking to hunt down that long-elusive 44th ODI century.

Rohit Sharma: It’s hard to keep the man with the highest ever ODI score out of this list.

Bhuvneshwar Kumar: With no Bumrah or Shami available, Bhuvneshwar will have to step up and fill their shoes.

Jos Buttler: With Joe Root still absent, Buttler will have to take charge of matters.

Eoin Morgan: After a thoroughly underwhelming T20 series, Morgan must do better in the ODIs, or risk losing his captaincy.

Mark Wood: With no Archer, Wood must strike several times to restrict the aggressive Indian batsmen.

Sam Curran: Curran has been underwhelming throughout this series, and must do better to justify his spot on the team.

India vs England head to head

With 53 wins to England’s 42, India are well ahead in the equation between the two sides, two tied matches notwithstanding. Additionally, although England won the last time these two teams met for a series, India came out on top the four previous times.

The pitch at the Maharashtra Cricket Association Stadium is one that can yield quite a lot of runs, with the ball coming on to the bat quickly. Fast bowlers should enjoy bowling on it early on, but as the game progresses, spinners will be more effective. Expect teams to bat first upon winning the toss, and look to get around 300 to defend.

Other than a slight chance of a few drops in the afternoon, the weather in Pune should be excellent for cricket. It will be quite hot in the first few hours, but the temperature should come down after sunset. The humidity will be a non-issue, and a slight breeze will make the heat easier to bear.

Can India start off the ODI series with a win unlike the others? Or will England continue their trend of beating them to the chase? Find out if our India versus England predictions come true on Tuesday! 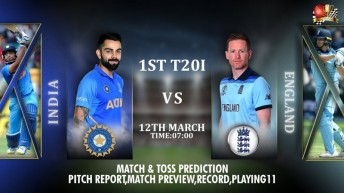 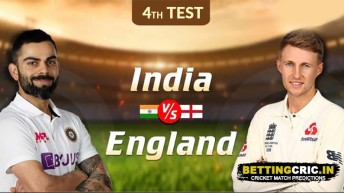