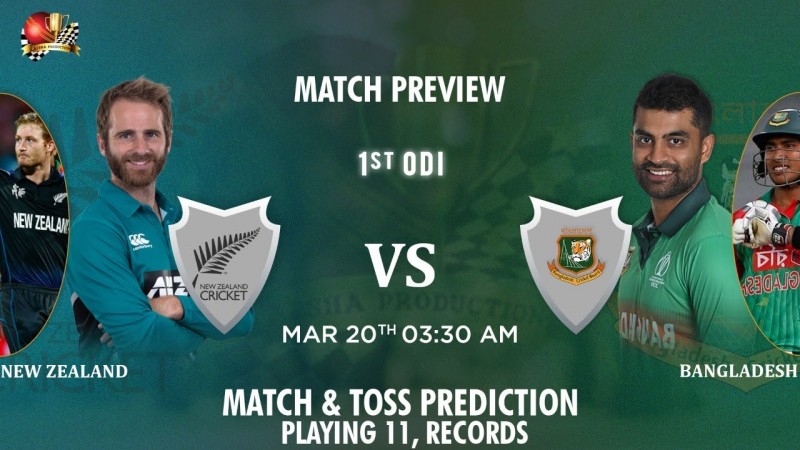 As a side that’s been struggling against just about every other Test-playing nation, Bangladesh’s record in New Zealand is amongst the country’s worst anywhere. They are yet to win a match there, and considering the kind of consistent, all-conquering form the Kiwis are in, it doesn’t look like that will change in the course of this series. Given the fact that these matches fall under the ICC Cricket World Cup Super League, the home side won’t be taking any prisoners. That being said, cricket is, of course, a thoroughly unpredictable game, and ODIs are Bangladesh’s strongest format. Before the team buses head towards the venue, let’s take a look at the two sides.

The way we see it, New Zealand have two things to worry about. The first is the fact that they haven’t played an ODI since their only match against Australia last March before the series was abandoned. The second is the lack of Kane Williamson, which might end up playing a big role in the results if the other batsmen (and indeed, newly crowned captain Tom Latham) don’t do a good enough job. Apart from Latham, the Kiwis have Martin Guptill, Devon Conway, Henry Nicholls, Will Young, and Ross Taylor with the bat, James Neesham and Mitchell Santner as all-rounders, and Tim Southee, Trent Boult, and Kyle Jamieson as pure bowlers, among others. A well-rounded side that lacks a bit of consistency and experience as far as batting goes, but boasts a deadly bowling attack.

Devon Conway: Conway has been superb for the Kiwis in T20s, and this will be his big test for the ODI format.

Martin Guptill: In excellent form, the much-vilified failure of the 2019 World Cup will look to do some damage.

Trent Boult: A member of the Black Caps’ famed pace battery, Boult will be looking to gun down many a visitor head.

Tim Southee: The main man of the Kiwi bowling attack, Southee will be looking to tear up the pitch with his speed and bounce.

With no Shakib Al Hasan, Bangladesh will be lacking arguably their best weapon for this battle. The omission of Taijul Islam also means they will only have the uncapped Nasum Ahmed as the sole left arm spinner. Many members of the squad were no doubt picked on the basis of their performance in the Bangabandhu T20 Cup. Tamim Iqbal takes the reins, and in the probable 11 he will be joined by Mushfiqur Rahim, Liton Das, Mahmudullah Riyadh, and Soumya Sarkar, and Mosaddek Hossain with the bat, while Mustafizur Rahman, Shoriful Islam, Nasum Ahmed, and Mohammad Saifuddin will lead the bowling; with Mehedi Hasan Miraz and Mohammad Saifuddin being the all-rounders. As long as Bangladesh don’t put Soumya Sarkar all the way down in 7th like they did against the West Indies, this isn’t a half bad lineup.

Mushfiqur Rahim: The veteran right-hander hasn’t been in very good form lately, and will look to make amends.

Liton Das: In stark contrast, Bangladesh’s other premier wicketkeeper is in terrific form.

Mustafizur Rahman: Undoubtedly the best fast bowler his country has produced so far, the Fizz will have many an eye on him.

Mehidy Hasan Miraz: Miraz will have to use all the tricks in his book to make an impact in this series.

With 25 wins against Bangladesh’s 10, New Zealand definitely have an edge. While things are much closer when the two meet in the subcontinent, Bangladesh’s trips to New Zealand have always turned out to be calamitous. Miracles notwithstanding, New Zealand should be on course for another whitewash.

The pitch at the University Oval in Dunedin offers pace, bounce, and movement for fast bowlers, and short boundaries for batsmen. The Kiwis have never lost a match at the ground in 10 battles, so the odds are tipped further in their favour. Expect first innings scores of 300+ to be par for the course.

It’s going to be a freezing (for Bangladeshis) morning in Dunedin when these two meet, and although the temperature will rise a little during the day, it will still be pretty cold. There’s also a tiny chance for some precipitation. Other than that, though, conditions are excellent for cricket.

Can New Zealand keep up their dominance against Bangladesh? Or will the visitors shock the world with their first bilateral triumph in the region? Find out if our New Zealand versus Bangladesh predictions come true on Friday! 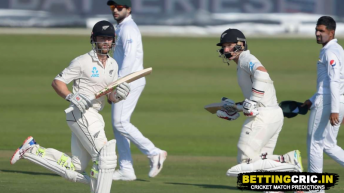 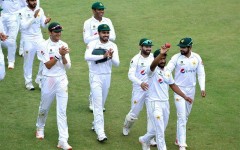 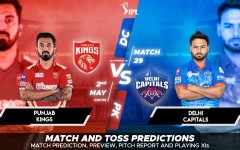 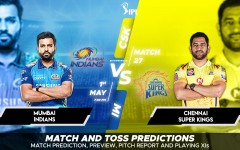