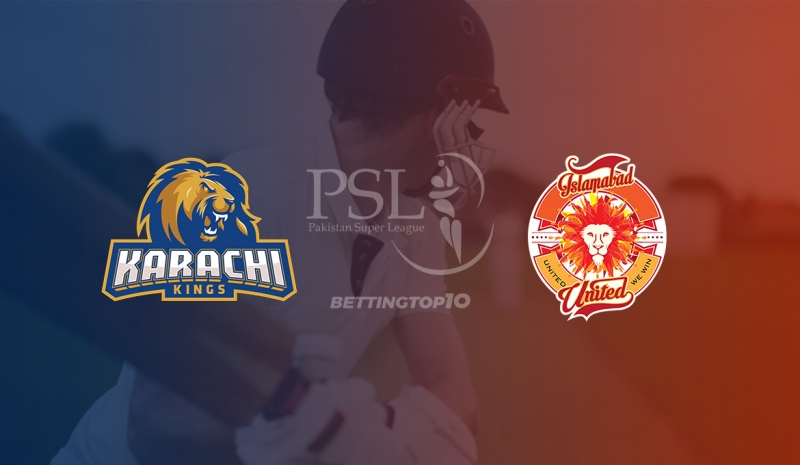 14.03.2020, 19:30 IST
National Stadium (Karachi)
Bad news for PSL fans. Under the worldwide Coronavirus threat, the playoffs have been reduced to semifinals and a final, which means teams qualifying will only get a knockout game each regardless of their hierarchy. Nevertheless, after an important win against a runaway Lahore Qalandars, Karachi Kings are now firmly in second place, and with two games in hand, almost sure to go through to the now knockout stage. Meanwhile, After not having played in 5 days, Islamabad United will be making a last-ditch effort for a miraculous late entry into the second round.

With in-form hard-hitter Alex Hales (and perhaps more players in time) heading home in light of the Covid pandemic, Karachi will be left without at least one important player when they face a desperate Islamabad. Their own promotion to the semis is far from certain, and they will be no less desperate for an important bid at the PSL crown, given how uncertain the future of sporting events is as things stand. The bad news for them is that no one from Islamabad United is as yet slated to be heading home, which means they will be undergunned while the capital side quite possibly play full strength. The only advantage they have is that they have one more game in hand, and that too against down-and-almost-out defending champions Quetta Gladiators - who have been shaken with the departure of star opener Jason Roy, and Tymal Mills. All eyes on the brilliant Babar Azam, potent Sharjeel Khan, and devastating Mohammad Amir for this one.

Although not yet lacking important players due to the Corona threat, two-time champion Islamabad have perhaps already suffered one defeat too many this season. The only thing standing in their favour as far as the table is concerned is their net run rate, which, despite 5 losses and a no result to their name, stands at a positive number unlike anyone else except league leaders Multan. With important players like Luke Ronchi still in the side, they will fancy their chances against a good-but-not-great Karachi, but their thus-far lacklustre bowling needs a lot of polish. They will nevertheless be spurred on by the fact that Karachi have only won one of their last 5 encounters (although that win happened this season).

Unless further cataclysmic player losses descend upon them, Karachi Kings have a strong chance of winning this battle. Expect Babar Azam and Mohammad Amir to lead the charge for their respective departments, with help from Sharjeel Khan and, should he remain, Cameron Delport.

With no Hales, Islamabad will need either a minor miracle or someone to step up in his stead.
Expect Luke Ronchi to deliver alongside Shadab Khan, while Faheem Ashraf and Amad Butt do damage with the ball.

Who will win the 28th Match?

Can Karachi seal the deal to win their ticket to the knockouts? Or will Islamabad put up a successful last-ditch campaign? Find out on Saturday!
Do you agree with this Prediction?
Like
+3
Dislike
Want to start with a bonus? Choose the best Betting Site for youWhere are you from?
India Bangladesh
Tags1XBET Cricket Predictions, Toss Prediction, Top Batsman Prediction, Top Bowler Prediction, Fifty Score Prediction, Most Match Sixes Prediction