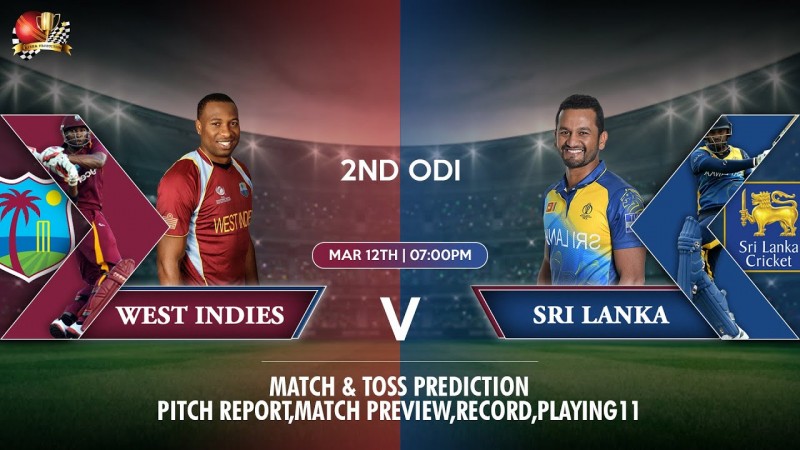 As is emblematic of the team, the West Indies have once again surprised everyone - this time with a clinical performance against Sri Lanka both with bat and ball. That being said, the match wasn’t without its fair share of controversy, with a very in-form Danushka Gunathilaka hastily given out obstructing the field - something so rare it has only occurred 7 times in the past, and every time far more evident. Nevertheless, umpiring aberrations are nothing new in cricket, and the show must go on. Just like the T20 series, the Windies will now try to close out the series in the second match, while the Lankans aim to even it out for a chance at the reverse sweep. Before the two teams get busy, let’s take a look at how they’ve been doing.

Considering how unpredictable the West Indies are, and how dismal their recent ODI form has been, their fans will be relieved at this emphatic win. Bowling first, it took a while for them to take their first wicket, but after that, they never looked back. Jasons Holder and Mohammed took two each, with three others getting in on the action and the rest being run outs and the aforementioned unusual dismissal. Chasing a tepid 232, the West Indian openers were rock solid as Evin Lewis’ 65 and Shai Hope’s commanding 110 got them to the brink of victory, which Darren Bravo’s 37 completed with 8 wickets in hand.

Shai Hope: By far the most promising West Indies batsman in the format in over a decade.

Jason Mohammed: Although his services weren’t required much in the first match, he might come in handy in this one.

Fabian Allen: Allen is usually better than he was in the last match, and he’ll prove it this time around.

Jason Holder: The all-rounder was excellent in the first match.

While they might be sore over Gunathilaka’s fate, they have only themselves to blame for how the rest of the innings went. After the openers put up a solid 105 (Karunaratne 52, Gunathilaka 55), only one other batsman made more than 16 runs, and that was debutant Ashen Bandara with a solid 50. Defending just 232, the Lankan bowlers were more than just disappointing. Although Wanindu Hasaranga kept things super tidy and Dushmantha Chameera picked up two, that’s all the damage they could do to the West Indians, eventually getting beaten by 8 wickets at the end of the 47th.

Danushka Gunathilaka: No doubt seething from the unfairness with which he was dispatched, Gunathilaka will be keen on taking revenge.

Ashen Bandara: The youngster has been in good touch since his introduction to the national team.

Wanindu Hasaranga: Unlucky not to have struck in the first match, Hasaranga will likely do so in the second.

Dushmantha Chameera: The only Lankan bowler to collect scalps so far, Chameera will be looking to add to his collection.

The pitch at the Sir Vivian Richards Stadium seems to have been improved for batting, and although plenty of movement still exists, the team batting first will fancy getting 250-260 on the board, if not more.

Although there is a slight chance of rain throughout the day, it shouldn’t be more than a light drizzle. Otherwise, conditions are beautiful for cricket in Antigua, with some clouds splattered on an otherwise sunny sky.

Can the West Indies close out their first ODI series in a long, long time? Or will the Lankans fight back and even things out for an exciting third match? Find out if our West Indies versus Sri Lanka predictions come true on Friday! 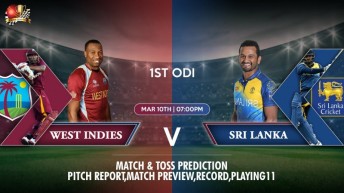 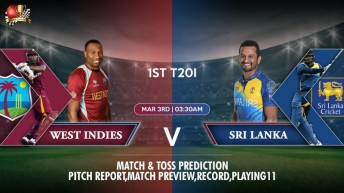