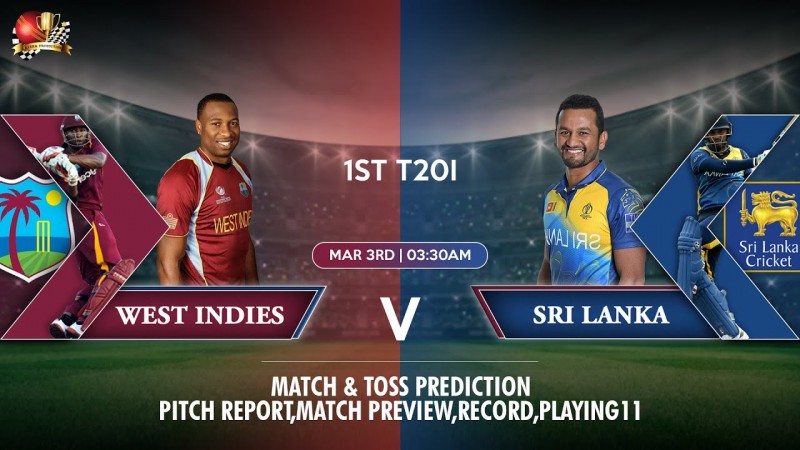 Although just four rating points separate the two teams on the ICC rankings, Sri Lanka are in 7th place while the West Indies languish all the way down in 10th. For a team that’s still the reigning world champion, this is a terrible, deplorable low, and the Caribbean side will be intent on improving their situation. Their match against the Lankans at home will be a great chance for this, as the Lankan side has plenty of youngsters and inexperienced faces. The visitors on the other hand will be eager to prove themselves after some mediocre to miserable performances over the last few years. With the T20 World Cup fast approaching, every player will be trying their best to make the final squad, making this an important engagement for all parties involved. Before maroon meets deep blue on the field, let’s take a closer look at the two sides.

Things haven’t been going well for the T20 world champions since the end of 2017. Since then, the Windies have only won 3 T20 series out of 13, drawn one, and lost to both Bangladesh and Afghanistan. Looking for a way back up the rankings, the Windies have called upon just about every gun they have available. That being said, a few notable names - Roston Chase, Sheldon Cottrell, Shimron Hetmyer, Oshane Thomas, Andre Russell, Carlos Brathwaite, and Sunil Narine - are missing. The current squad is led by the godly Kieron Pollard, who will be joined with the bat by the likes of Chris Gayle, Andre Fletcher, Evin Lewis, Rovman Powell, and Nicholas Pooran, and with the ball by Fabian Allen, Fidel Edwards, and Akeal Hossain. All-rounders Jason Holder and Dwayne Bravo will be supporting both ways.

Chris Gayle: In pretty good form in the PSL, Gayle will be ready to unleash his storm on the visiting bowlers.

Rovman Powell: Another batsman in form, Powell has been hitting them big for a while now.

Dwayne Bravo: The self-proclaimed and proven champion will be a threat with the ball as always.

Fidel Edwards: It must be quite a feeling to be called back to the national squad after 9 years, and Edwards will be looking to make full use of the chance.

The Lankans have quite a lot of talent, but have also been suffering from a lack of form and indeed skill and experience, winning only 1 of their last 8 T20 series and losing all of their last 8 matches. To make matters worse, a visa problem has delayed the arrival of Sri Lankan T20 captain Dasun Shanaka, impelling Angelo Mathews to take the helm for the T20 series. Lahiru Kumara, will also be missing after being tested positive for Covid-19. Sri Lanka will have Angelo Mathews, Danushka Gunathilaka, Oshada Fernando, Dinesh Chandimal, Kamindu Mendis, and Niroshan Dickwella among others to get the runs, while Suranga Lakmal, Nuwan Pradeep, Dushmantha Chameera, and Wanindu Hasaranga will lead the bowling attack.

Oshada Fernando: If he gets in the playing XI (even the T20 squad hasn’t been announced yet), Fernando will be a force with the bat.

Dinesh Chandimal: A veteran of many Lankan campaigns, Chandimal will be leading the batting charge.

Suranga Lakmal: The experienced fast bowler will use all the tricks in his bag to get as many wickets as possible.

Wanindu Hasaranga: With the Coolidge pitch helping spinners once it has seen some action, Hasaranga will be using the turn to his advantage.

The two teams are neck and neck in T20s, with Sri Lanka having won 6 and the Windies taking 5 of their 11 meetings. However, the last 4 meetings were won by the latter, so the Lankans will have to tread lightly.

The Coolidge Cricket Ground features a well-balanced pitch that caters to both batsmen and bowlers. Fast bowlers will enjoy the movement they get off the pitch, while spinners will like it more once the pitch gets a little older. As a result, whoever wins the toss will want to bat first and put up 160+ to defend.

A cool sunny day, average humidity, and a light breeze are the beautiful typical conditions for cricket in the West Indies, and that is what we should see. However, there is a tiny chance for a light drizzle that might call for a short pause.

Can the West Indies successfully start on a campaign to restore their former glory? Or will the Sri Lankans worsen their tailspin and lift themselves up the rankings in the process? Find out if our West Indies versus Sri Lanka predictions come true on Thursday!