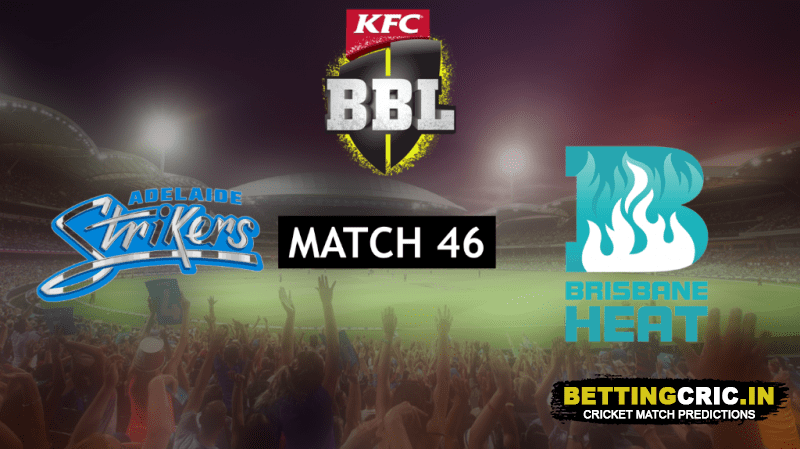 Betting odds for AS v BH

After getting eviscerated by the Melbourne Stars, Adelaide Strikers must now find a way to keep themselves in contention. Having slipped to seventh, they need to win at least two of their last 3 matches to stand a chance of qualifying. Up next, they will be up against sixth-place Brisbane Heat, who also found themselves on the receiving end of a big defeat, albeit much smaller in magnitude than the one suffered by the Strikers. At 21 points, the Heat are in a situation almost identical to the one the Strikers are in. Given that national team players might be back soon, things in the BBL can shake up soon.  Both teams will be looking for a win - preferably a big one - in order to advance their playoff dreams. Before the players put on their jerseys, let’s take a look at the two sides.

With Rashid Khan leaving for international duty, the Strikers were left a little understrength, but following the end of the Border-Gavaskar Trophy, they will probably get their captain Travis  Head and all-rounder Michael Neser back soon. After their last match, the Strikers were left seeing stars, and we don’t just mean members of the Melbourne Stars. Choosing to field first, they may have held Marcus Stoinis down, but it became apparent pretty quickly that that wouldn’t be enough. Apart from that strike by Danny Briggs, only Cameron Valente managed to pick up a wicket as the Strikers were given a worrisome 179 to chase. As far as chases go, the Strikers’ effort wasn’t as much a chase as it was a debacle. Despite Matt Renshaw’s 20 and Jonathan Wells’ 18 (notice how we say despite, like they did something remarkable), the Strikers were absolutely massacred as they fell for a truly pathetic 68 - the lowest total so far this season by any team.

If the Heat get Marnus Labuschagne back, and if he does as well in T20s as he does in Tests and ODIs for his country, the Heat have a solid chance at making it to the playoffs. Otherwise, it might be a shade difficult for them. In their last match, they chose to field first, and despite early success and two-fors by Morne Morkel and Jack Wildermuth, the team couldn’t prevent the Scorchers from getting a powerful 174. On the chase, things weren’t going terribly as Chris Lynn’s quick 27 and Joe Denly’s slow 26 gave them a bit of a platform, but then they suddenly collapsed, losing 7 wickets for just 19 runs to be bowled out for 115 with 3.2 overs to go.

AS vs BH weather and pitch conditions

Although it will be a relatively hot afternoon, sweat shouldn’t be a problem with the humidity at a shockingly low 22%. That being said, a nice breeze will be blowing and it should keep the players cool. No chance of rain with clear skies promised by the forecast.

The Adelaide Oval pitch provides plenty of pace and bounce, so fast bowlers will be bending their backs and banging them in quite a bit. Batsmen won’t have too hard a time as long as they can adapt, though, so look out for scores of 170+.

Can the Strikers bounce back after their embarrassing last match? Or will the Strikers embarrass them further as they make a stride towards the playoff spots? Find out if our Adelaide Strikers vs Brisbane Heat predictions come true on Thursday! 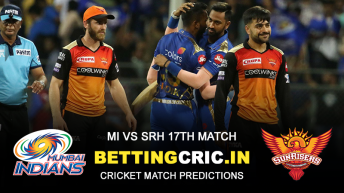