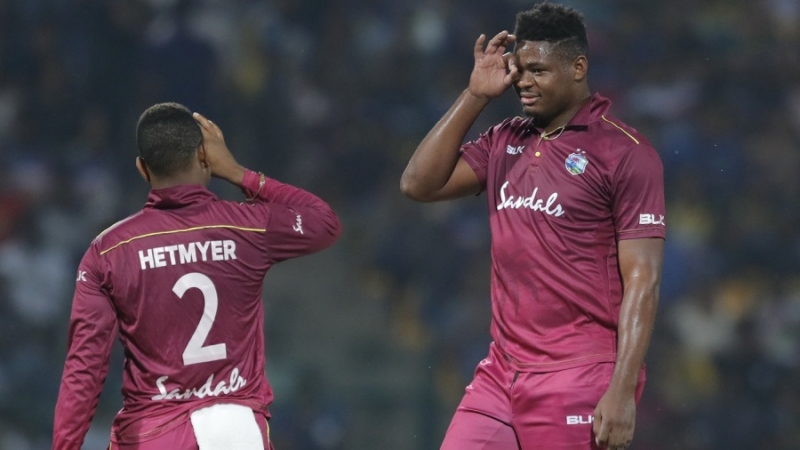 Harish 0 189 0
6.03.2020, 19:00 IST
Pallekele International Cricket Stadium (Pallekele)
Following a 3-0 whitewash in the ODI series, and given their T20 record over the last year, one would have pegged West Indies to come out as the losers when they met Sri Lanka on Wednesday. However, the Caribbean side proved once again why they are the most unpredictable team in World Cricket with a dominating all-round performance to lead the 2-match series 1-0. The reigning T20 world champions beat their hosts not just by 25 runs, but by getting them all out. The second match is on Friday, so let’s take a look at what transpired on the field yesterday.

Winning the toss and choosing to bat first, West Indies got off to a solid start until Brandon King fell in the 9th over. The runs kept flowing, though, with the veteran duo of Andre Russel and Kieron Pollard smashing their way to a 35 and a 34. The cream of the crop was opener Lendl Simmons with his solid 67.

All of the Sri Lankan bowlers were pretty forgettable, especially Isuru Udana who gave away 41 runs for his 3 overs, albeit picking up a wicket.

While there were a couple of outstanding performers for Sri Lanka with the bat in the form of Kusal Perera and Wanindu Hasaranga - with 66 and 44 respectively, they were outliers as none of the other 9 players managed to cross 11. With the team reduced to a disastrous 56-5 after 6 overs, the aforementioned duo managed to make the game interesting, but ultimately failed to close it because of a lack of support.

In sharp contrast to their Sri Lankan counterparts, West Indies bowlers were a lot more incisive, with 5 out of the 6 used taking wickets. The standout, of course, is the brilliant Oshane Thomas with 5 wickets from what puzzlingly turned out to be only 3 overs. Among the others, Rovman Powell picked up 2 wickets and Sheldon Cottrell had a great economy rate to accompany his solitary wicket.

If Sri Lanka are to come back to level the series, they must stem the flow of runs and watch the in-form bowlers out to take advantage of the others. West Indies, on the other hand, need to keep playing to their strengths and utilize their in-form players more (such as giving Oshane Thomas a fourth over).

Having lost at home after their dominance in the ODI series, Sri Lanka will no doubt be fuming and itching to get back to the ground. Expect Kusal Perera to perform again, and Kusal Mendis and Angelo Mathews to join him. With the ball, we predict Malinga to get back in form and Thisara Perera to support him well.

The visiting Windies will be intent on finally winning a T20 series after not having done so for quite a while. Expect Simmons, Andre Russell, and Kieron Pollard to smash the Sri Lankan bowlers, and Dwayne Bravo, Sheldon Cottrell, and the in-form Oshane Thomas to take wickets again. 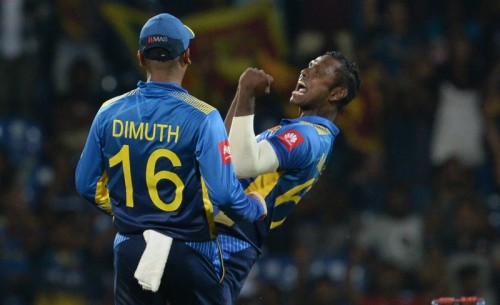 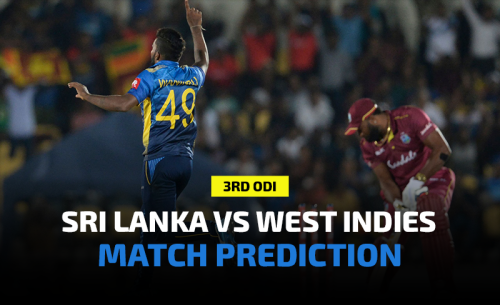