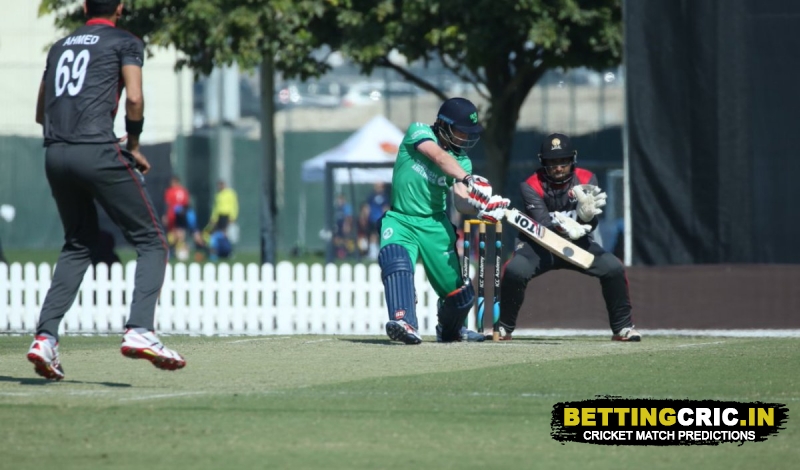 While Test status teams have been back on the field for a while, with almost every team having played matches since the lockdown ended, associate nations have unfortunately not been as lucky. The United Arab Emirates haven’t played an international match since February, and that is about to change with their four-match series against Ireland. The UAE have never won an ODI against Ireland, with their latest defeat being their worst by far, but they will be looking to change that this series. Ireland on the other hand had a famous second victory against England late last year, and will want to dominate the UAE before they take on the much more seasoned Afghanistan the following week. Before the players head out onto the field, let’s take a look at the two sides.

They say that you only improve your game if you play against better players. It’s not often that the UAE gets to play against a full Test nation, and since this is their first bilateral series against one, it is a chance they will want to make the best of. There’s a reasonable amount of talent on this UAE side, and although the players are far from experienced, they will be eager to cause an upset. Had this been a T20I, they would have had a better chance owing to the format’s unpredictability. On the batting end, they have the likes of Chirag Suri, Rohan Mustafa, Muhammad Usman, Basil Hameed, and Waheed Ahmed, while Chundangapoyil Rizwan, Junaid Siddique, Zahoor Khan, and captain Ahmed Raza will lead the bowling.

Well-known for occasionally punching above their weight, Ireland will be up against an underdog team that they have never lost against. Barring a miracle, as long as they don’t get complacent, they should be fine. Since getting their Test status in May 2018, they have had a chequered ODI record, but that’s not too bad considering how inexperienced they are. The team has a healthy balance of experience and skill, with Andrew Balbirnie, Gareth Delaney, Paul Stirling, and Kevin O’Brien as their batting firepower, and Curtis Campher, Andrew McBrine, Craig Young, and Josh Little offering their services with the ball

Of the 6 matches the two teams have played between them, all took place before Ireland received their Test status, and all of them were won by the Green Whites. The very first match was a close affair, but everything since has been comfortably won by the visitors.

With cool temperatures, low humidity, and no chance of rain, this desert clash couldn’t have taken place under better conditions.

With extensive play having taken place at the Sheikh Zayed Stadium in Abu Dhabi this year, it can be concluded that the pitch favours both bowlers and batsmen, and it should be an even, entertaining contest.

Can the UAE surprise their mighty visitors with a miracle straight out of the Arabian Nights? Or will the luck of the Irish pull them past any such peril? Find out if our UAE vs Ireland match prediction come true on Friday!