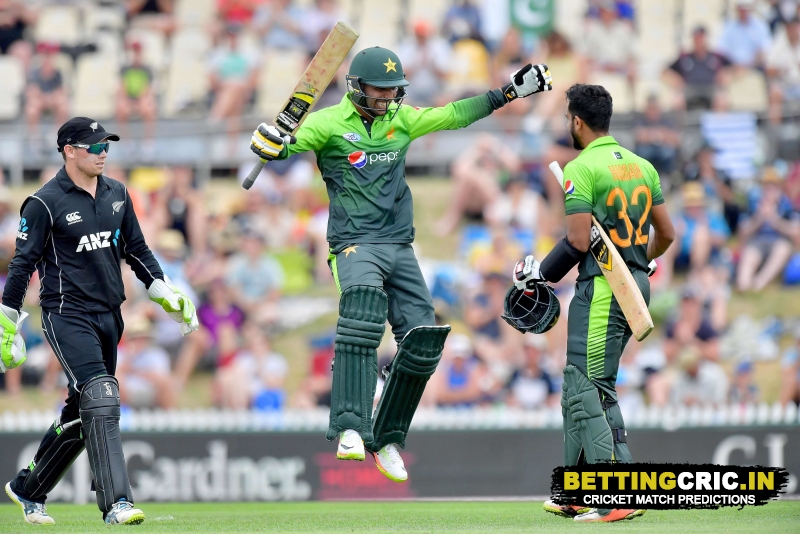 Coming up against New Zealand, Pakistan were given a stern reminder that the Kiwis are no Zimbabwe. It may not have been an overwhelming victory, but the Kiwis never looked like they were in any real trouble. Now they will want to take the series by the throat with a second successive win. Pakistan on the other hand will be looking to fight back and tie things up to perhaps clinch the series in the last match. With the T20 World Cup not too far away, every player will be looking to perform at their level best, and this one should be a tight, close fight. Before the umpires don their hats, let’s take a look at the two teams.

The Kiwis look to be in such excellent shape that their primary concern will be selecting the best possible XI for the game. In the last match, the replacements for their regular bowlers, debutant Jacob Duffy and returnee Scott Kuggeleijn devastated the Pakistani batting lineup with 4 and 3 wickets respectively. Captain Mitchell Santner also kept things extremely economical, with the combined effort restricting Pakistan to an average total. On the chase, it was Tim Seifert’s time to shine with a half century, while Mark Chapman and Glenn Phillips contributed with shorter knocks. In the end, the Black Caps won with 5 wickets and 7 deliveries in hand.

Overseas matches are hard enough on their own, and when you start a series with a loss, things get even more difficult - especially when you have a board and domestic media like Pakistan’s. Electing to bat first after getting the toss, Pakistan had a horror start as they were reduced to 39-5 after 8.2 overs. Shadab Khan then held the line and accelerated with the help of Faheem Ashraf to get to a respectable 153. However, their bowling had no such watershed moment, and although Haris Rauf and Shaheen Afridi took 5 wickets between them, Pakistan couldn’t stop the Kiwis.

With some high-level talent returning to the team, New Zealand are the favourites for this match by quite some way. Expect Tim Seifert and Kane Williamson to blaze away at the bowlers, while Scott Kuggeleijn and Trent Boult pick up multiple wickets.

The Kiwis can be the favourites all they want, but when it’s Pakistan’s day, they can be ridiculously good. Expect Shadab Khan and Mohammad Rizwan to get the runs, while Haris Rauf and Shaheen Shah Afridi trouble the Kiwi batsmen.

Can New Zealand seal the series and continue the tradition of streaks between these two? Or will Pakistan defy the odds to let the third match decide which team is best? Find out if our New Zealand vs Pakistan predictions come true on Sunday!