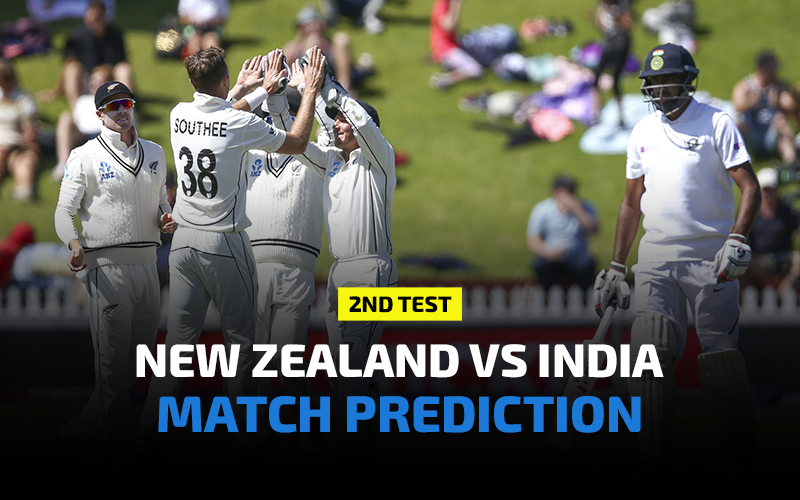 Harish 0 130 0
29.02.2020, 04:00 IST
Hagley Oval (Christchurch)
Given the sheer strength, skill, and thus-far record of the Indian cricket team, it was indeed surprising to see them suffer such a shambolic defeat at the hands of New Zealand. Although the ODI series may have been something of a harbinger for them, the Men in Blue had nonetheless surely hoped that like the T20 series before that, they would be able to have some tight matches, if not always resulting in a win for them as it did in that series. In any case, a near-innings-defeat is hardly what Kohli’s men would have wanted, and they’ll be looking to correct their mistakes when we head to the Hagley Oval for the second test.

Peppered by the Kiwi bowlers, India could never quite get their first inning to take off. They lost wickets at regular intervals, with Kyle Jamieson and Tim Southee picking up 4 each. The only two batsmen to reach semi-decent figures were the in-form Mayank Agarwal and Ajinkya Rahane, with the entire team bottling up for a meager 165.

New Zealand’s first inning, while not exceptional, did more than enough. A solid 89 from Kane Williamson and decent knocks from Ross Taylor, Colin de Grandhomme, and blistering innings’ from Kyle Jamieson and Trent Boult of all people were enough to get them to a strong 348. Ishant Sharma starred with 5 wickets for the visitors, and Ravichandran Ashwin also picked up 3.

Needing 183 just to avoid a follow-on, India looked just as lacklustre in their second time on the field. Only Mayank Agarwal had anything of a decent time out, as everyone else failed to cross 30. India were absolutely dismantled by the dominant duo of Southee and Boult.

There isn’t much to say about New Zealand’s second inning. They needed 9 to win and they got it without losing a wicket.

In its 5+ years of operation, the Hagley Oval has seen relatively low scores, with only two over 500 and another 2 over 400. Batsmen will be hard-pressed to find their groove at this ground, and the home team will be intent on taking advantage of the fact that India have never played at this ground before.

The Black Caps will undoubtedly be hell-bent on repeating their performance to avenge their T20 drubbing. With Boult, Latham, Williamson, and Nicholls all having decent records at this ground, their confidence isn’t misplaced.

A faint silver lining existed for India at the Basin Reserve in the form of Agarwal, Ashwin, and Ishant Sharma. Their star players, especially captain Virat Kohli, badly need to adapt to the conditions and step their game up if they are to avoid another humiliating defeat.

Who will win the 2nd Test? 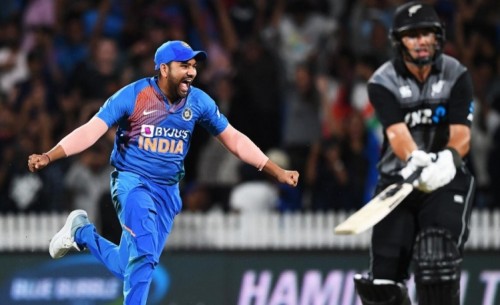 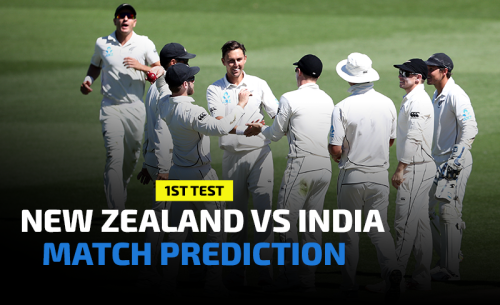