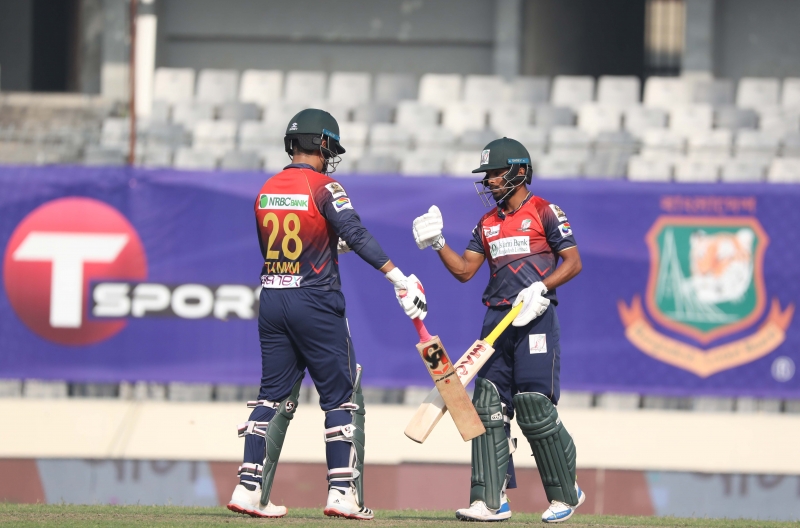 Bet on BRSALBet on KHULN
4.12.2020, 12:00 IST
Sher-e-Bangla National Stadium, Mirpur
FBA vs GKH Prediction analysis: Since throwing their first matchup against Gemcon Khulna, Fortune Barishal haven’t done too well. With only one win from four games, they are currently above only Beximco Dhaka, and that too only on net run rate. Next up, they face Khulna again, and it’s a team that has also had its ups and downs. Had Barishal now thrown that match, Khulna would have been in their position now. Instead, they’re above Barishal and tied with Rajshahi, looking to go further up to avoid that dreaded lower playoff berth. With plenty of regional rivalry between the two geographical divisions, this one should be a hotly contested match. Before it starts, let’s take a look at how these teams have been doing.

What Tamim Iqbal said at the start of the tournament about their squad being the weakest is slowly starting to ring true. Barishal’s last match was their worst yet. Only two batsmen scored 30+, and only one other got to double figures at all. Even with 10 extras, they could only get to a dismal 108. Their bowling wasn’t much better, either. Sure, they were economical for the most part, but in terms of striking, Mehidy Hasan Miraz got the only wicket that wasn’t the run out. They ultimately lost by 7 wickets with 7 balls to spare to the only team in the tournament that didn’t have a win until then. If Barishal are to keep their playoff berth, their youngsters will need to step up - and fast.

Although they hit a rough patch after that win against Barishal, Gemcon Khulna came back to dominate Dhaka, and will have had 3 days’ rest before this match. In the match against Dhaka, they got off to an all-too-familiar miserable start, but Imrul Kayes and captain Mahmudullah Riyad held the fort and pushed forward, and a couple of lower order cameos took the score to a defendable 146. Their bowling was far better, though. Shuvagta Hom took 3 for 13 from just 3.2 overs, and Shahidul Islam also picked up a trio of wickets despite being quite expensive. Hasan Mahmud also got two, and although he only got one scalp, Shakib Al Hasan bowled 2 maidens and only gave away 8 runs from his 4 overs. If they can fix their batting issues, Khulna have a good chance at climbing the league table.

With nothing to prove, Barishal can play without the pressure of expectations. Expect Tamim Iqbal to continue his good form, and Towhid Hridoy, Kamrul Islam Rabbi, and Taskin Ahmed to do well in their own areas of expertise.

Given Khulna’s squad, a turnaround and march to the top can’t be ruled out. Expect Ariful Haque and Mahmudullah Riyad to get the runs, while Shahidul Islam and Hasan Mahmud get the wickets.

Can Barishal improve their miserable situation? Or will Khulna put another nail in their coffin? Find out on Friday!