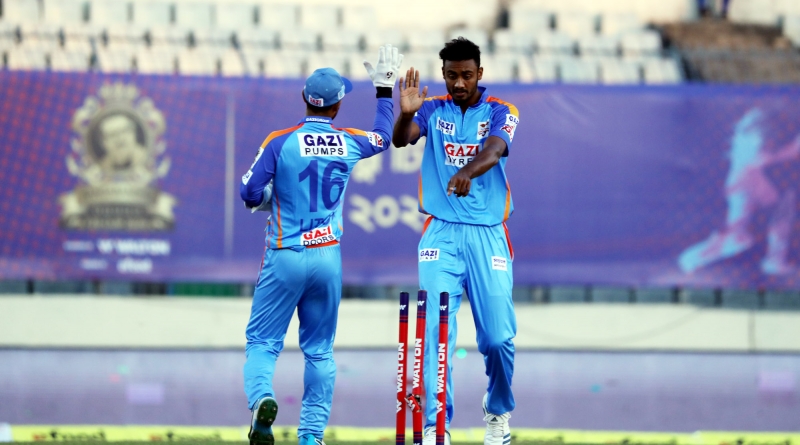 Bet on CTGRMBet on RJSHI
2.12.2020, 18:30 IST
Sher-e-Bangla National Stadium, Mirpur
Flying high above the rest with a flawless record thus far in the Bangabandhu T20 Cup are Gazi Group Chattogram. Their bowling has been fantastic, as they’ve only conceded a total of 315 runs in 3 matches, during which they racked up 28 wickets. While their batsmen haven’t had to do much, they’ve still performed well enough to land them 3 wins. Next up, they face another team that was flying high until recently - Minister Rajshahi. Like Chattogram, the last team Rajshahi faced was Barishal, but where Chattogram won, Rajshahi was beaten convincingly. Now they’ll want to get back to winning ways by beating the top team to equal the very same in points. On the other side, Chattogram will be looking to maintain their impeccable run. It’s the match between 1 vs 2, and we’re going to take a look at the teams before it begins.

Fueled mostly by Mustafizur Rahman’s incredible stats of 9 wickets from 3 T20 matches at an economy rate of 3.67 and an insane strike rate of 7.4, Gazi Group Chattogram are currently at the top of their game. In their last match, they had to bat first for the first time this tournament, and things didn’t go as swimmingly as the first two games. Liton Das played very well for his 35, but save for 3 other 20-something knocks, there were no other mentionable batting performances, leading to a half-decent total of 151. When bowling, though, Chattogram was in its element. Mustafizur Rahman and Shoriful Islam took 3 each, and despite being in a promising situation at one point, Barishal were limited to 141.

After two good wins, Minister Rajshahi were handed their first loss by an inspired Barishal side led by Tamim Iqbal. After being put into bat by Fortune Barishal, Rajshahi were quickly put under pressure by the economical Barishal bowlers. Although there were a couple of 30-something and 20-something scores, no one could play an anchoring inning, and they ended up with a depressingly low 132 off their 20. While defending that, Mukidul Islam and Ebadat Hossain bowled well, and Farhad Reza was economical, but it just wasn’t enough to stop Tamim Iqbal’s solo onslaught. In the end, Rajshahi were defeated with 5 wickets and an over to spare.

Like most of the other teams, Minister Rajshahi badly needs some consistency in the batting department.

Just because their last match was a close one doesn’t mean Chattogram will slow down. Expect Mustafizur Rahman and Shoriful Islam to excel with the ball, while Liton Das and Soumya Sarkar get the necessary runs.

This is Rajshahi’s big chance to turn the status quo in their favour. Expect Najmul Hossain Shanto and Mahedi Hasan to hit some good shots, while Mukidul Islam and Ebadot Hossain pick up some Chattogram scalps.

Can Chattogram continue their rampage? Or will Rajshahi be the team to stop them? Find out on Wednesday!