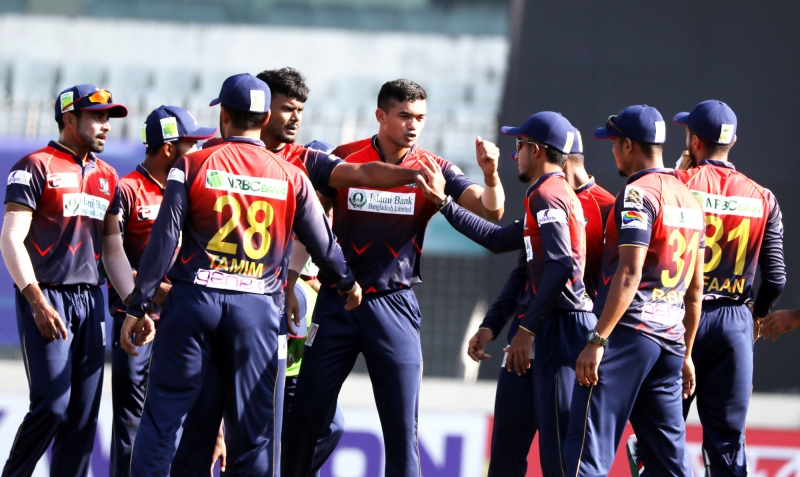 Bet on DHAKABet on BRSAL
2.12.2020, 13:30 IST
Sher-e-Bangla National Stadium, Mirpur
It’s been a horror start to the tournament for Beximco Dhaka. Nobody in their right minds could have predicted that Dhaka would fail this spectacularly, yet that is how things stand. With 0 wins out of 3 matches played, they must be finding some solace in the fact that Fortune Barishal are a mere two points (albeit a world of difference in terms of run rate) away. That’s the team they face next up, and this team has its own problems plaguing them. A solitary win aside, Fortune Barishal seems to be an expert at throwing games they should be winning. Granted, the first loss was much worse, but even their last game was theirs until they gave it away. With both teams on the ropes, it’s the battle of the embattled, and before it begins, we’ll take a short look at how each side has been doing.

As Delhi Capitals have known for 13 long years now, it’s difficult to be a capital city team that underperforms. It’s been a massive disappointment to see Dhaka perform this poorly. In their last game, they were up against an also-underperforming Gemcon Khulna. Mushfiqur Rahim’s men got off to a good start and bowled well overall, with Rubel Hossain picking up 3 and Shafiqul Islam taking two. However, a resurgence by captain Mahmudullah Riyad and a few others saw them get to the tepid total of 146. In their chase, Dhaka had an even worse start, and although Rahim played a nice little knock, Yasir Ali was way too slow, and the third-highest score by anyone with a bat was 7. If they are to make any mark on this tournament, Beximco Dhaka’s considerable youth investments need to start paying off.

Try as Tamim Iqbal might, without more support from his fellow batsmen, there’s just not enough in the team for a tournament of this level. The national team opener and Fortune Barishal captain did well in the last game - giving a fight against a till-then absolutely dominant Gazi Group Chattogram. Despite a few good batting performances, regular strikes by every single Barishal bowler saw the port city team end their run at a mediocre 151. During the chase, Tamim Iqbal and Afif Hossain were the only ones that got past the 20 mark, with everyone else either getting slightly or far below that. Ultimately, the team lost by 10 runs, and remains within touching distance of Dhaka - at least in terms of points.

With the prestige of millions of people on the line - and prestige being all-important to the people of Dhaka - Dhaka’s players should play their hearts out. Expect Mushfiqur Rahim and Mohammad Naim to do well with the bat, while Muktar Ali and Rubel Hossain strike with the ball.

Barishal has a lot of young talent, and it’s going to be all about making those players click. Expect Tamim Iqbal, Afif Hossain, Kamrul Islam Rabbi, and Mehidy Hasan Miraz to stand out with good individual performances.

Can Beximco Dhaka get that elusive first win? Or will Fortune Barishal leave them in the dust to their doom? Find out on Wednesday!