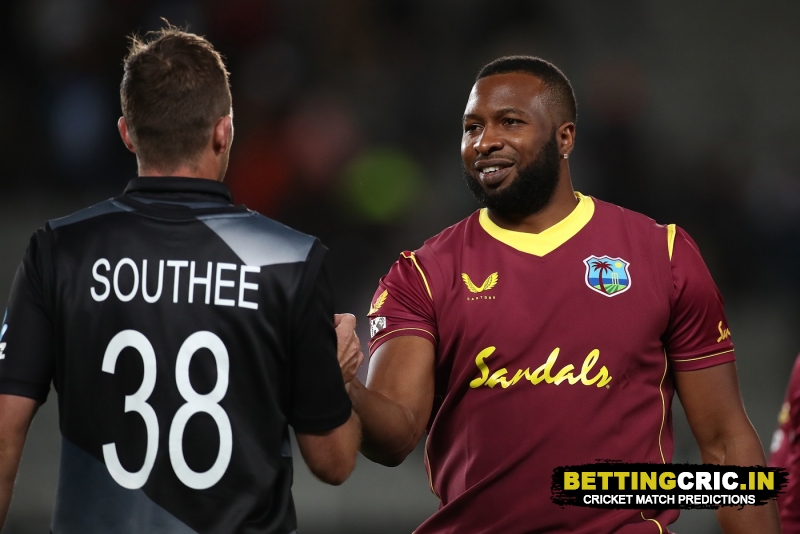 New Zealand vs West Indies 2nd T20I Prediction analysis: Losing anything because of nature is one of the hardest pills to swallow. Suffice to say that Kieron Pollard and his men are upset to put it lightly, but sadly, they have only luck to blame. New Zealand, in the meantime, must be feeling lucky in a way but also accomplished in another. Either way, the result remains the same. It was a good showing by both teams, but in the end there could only be one winner. With New Zealand taking the lead in the series, the onus is now on the West Indies to even things out. Before the second game is ready to get under way, let’s take a look at the two teams.

With a win in the bag, the Kiwis will be happily hunting for the series winner. In the first match, after choosing to field first, New Zealand were given quite the fright when the Windies openers got off to a flying start helped along by an absurd number of extras. Suddenly, however, the West Indies practically imploded as half the lineup fell for one run. Tim Southee was great with his 22 for 2 off 3, but Lockie Ferguson was the player of the match for his figures of 4-0-21-5. When it came time to chase, young Devon Conway and James Neesham spearheaded the chase, which was already made easier by DLS. The match was sealed with four balls to go and 5 wickets in hand. 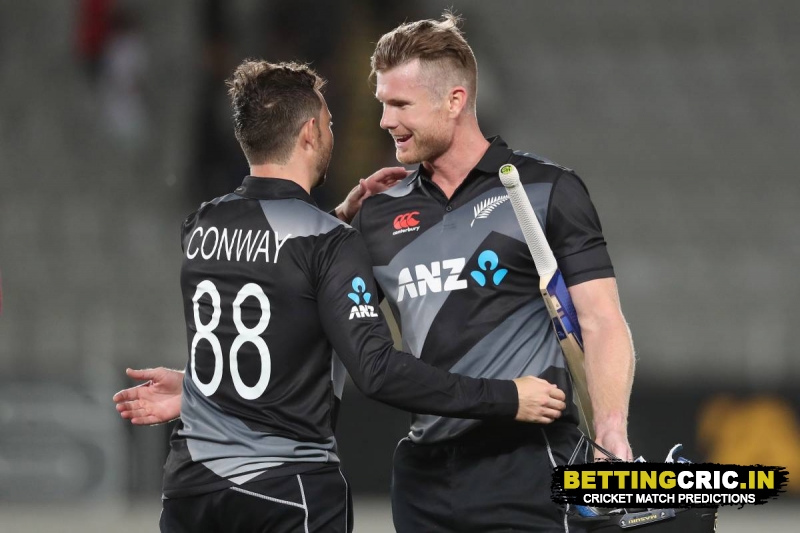 After the roller coaster of a fiery start and sudden collapse, the West Indies still managed to get all the way up to 180 in just 16 overs thanks to captain Kieron Pollard. In a parallel universe, it never rained and they scored 200, but in this one, things turned out to be different. Defending a DLS-ed total of 176 off 16, their bowling fell rather flat. Only Oshane Thomas and Sheldon Cottrell did somewhat well, and Kieron Pollard started too late for his own good. Everyone else was downright dreadful, and New Zealand weren’t troubled nearly as much as they should have been on that chase. 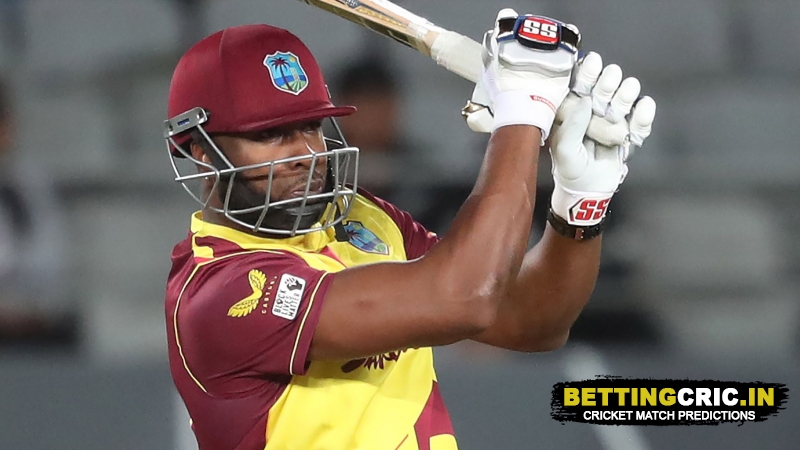 New Zealand will want more discipline from their out-of-form bowlers, as well as better batting out of their own top and middle orders. Expect Martin Guptill and Devon Conway to get the score ticking fast, while Lockie Ferguson and Mitchell Santner pick up important wickets.

Although rain is chalked up as an act of God, the West Indies will nevertheless feel resentful about this loss, as well as earning back the ICC ranking points lost. If their middle order does well, they have every chance to do so. Expect Oshane Thomas and Keemo Paul to get important batsmen out, while Andre Fletcher and Kieron Pollard continue their good form.

Can New Zealand seal the series with a second win? Or will the Windies stage a crushing comeback courtesy of their unpredictability? Find out on Sunday!