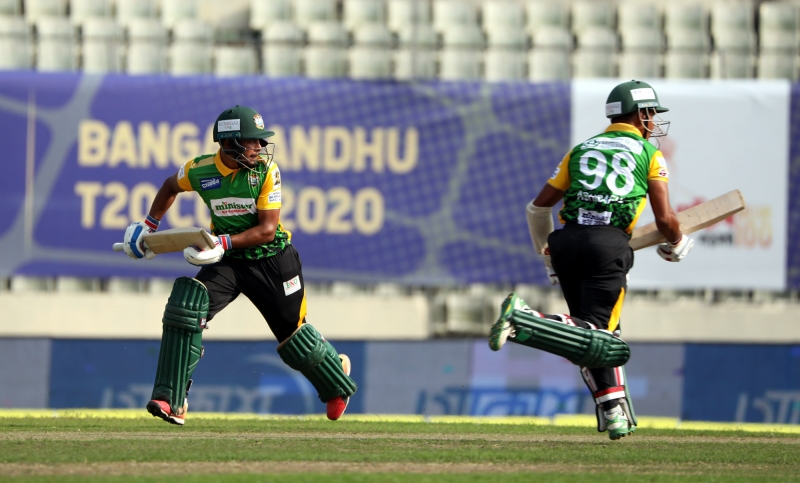 Gemcon Khulna vs Minister Group Rajshahi Prediction analysis: After two thrillers in the very first day, the Bangabandhu T20 Cup is off to an exciting start. Up next, we have the surprise winners of the first game up against the team that was all but expected to win the second match and did, but not in the way one may have expected.

With several youngsters chipping in, Rajshahi managed to beat top contender Beximco Dhaka, while Khulna managed to scrape past a spirited Fortune Barishal off the back of a bad call by the latter’s captain and some Carlos Brathwaite-esque hitting by Ariful Haque. This match will be the battle for the top spot of the league table, and it’s going to be quite the fight. Before the bell rings and the two fighters square off, let’s take a look at their muscle.

The favourites of any tournament will always have a certain pressure working on them. Khulna, the team most heavily laden with stars, almost fell victim to that until a grave mistake by Tamim Iqbal arguably cost Barishal a sure win. Winning the toss and putting Barishal in to bat, Khulna saw Shafiul Islam strike in the very first delivery. Wickets fell at regular intervals, and apart from a defiant 51 by Parvez Hossain Emon, Barishal could only manage 152. In reply, Khulna’s titans fell one by one until the lesser known players saved the day - with Ariful Haque hitting four sixes off Mehidy Hasan Miraz in the last over to overturn the 22 required. Why an off-spinner was asked to bowl the last over against two right handers - one of them set - will forever remain a mystery.

Nothing beats the feeling of beating a favourite as an underdog, and Rajshahi must be rejoicing after narrowly beating Dhaka to get a head start in what promises to be a tight fight. Winning the toss and letting Rajshahi stand in front of the sticks first, Dhaka must have thought they had the game in the bag when they reduced their opponents to 65-5 in the 10th over. A resurgence by Mahedi Hasan (50 from 32) and Nurul Hasan (39 from 20) elevated them from a dangerous position to a very competitive 169. In reply, Beximco Dhaka had some moderately good performances, with Mushfiqur Rahim getting 41 and Akbar Ali 34, but despite needing only 8 to win off the last over, they could only manage 5.

Snatching victory from the jaws of defeat, Khulna will be looking forward to stacking some wins to keep their lead. Expect Shakib Al Hasan and Shahidul Islam to pick up wickets, while Mahmudullah Riyad and Imrul Kayes get runs.

With one giant slain, Rajshahi will want to make it a trend. Expect Anisul Islam Emon and Fazle Mahmud to play some great strokes, while Mahedi Hasan and Arafat Sunny strike with the ball.

Can Khulna use their star power to keep their top spot? Or will Rajshahi work their charm and achieve what Barishal barely failed to? Find out on Thursday! 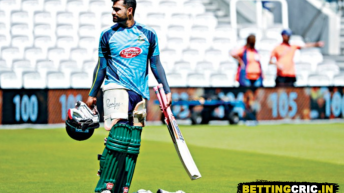 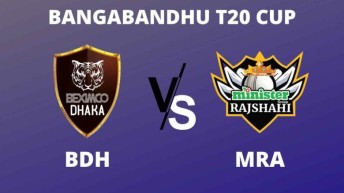