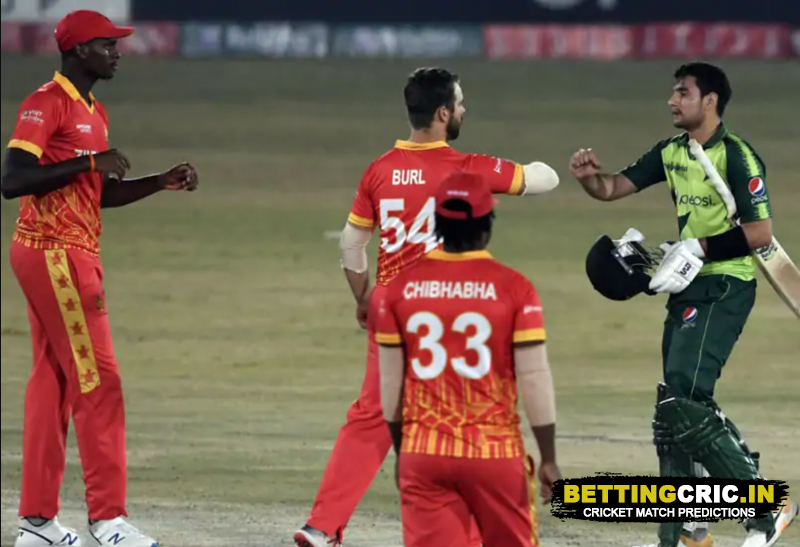 Despite our earnest hopes, Zimbabwe were far from getting a win against Pakistan. It’s a tough ask for underdogs to get a win against regular, mature teams (even one as inconsistent as Pakistan), and Zimbabwe fell well short of that goal. Now they can try to salvage some pride as they did during the ODI series. Given Pakistan’s aforementioned inconsistency, that might just be possible. History isn’t on Zimbabwe’s side, though, as they’ve lost all five of the previous encounters between the two teams - and comprehensively for the most part. Before the next clash begins, let’s take a look at the two teams.

After being asked to bat by Babar Azam, Zimbabwe got off to a poor start and never really recovered. Losing wickets at regular intervals, they were outdone by Haris Rauf’s pace and Usman Qadir’s spin, with the duo picking up 3 wickets each. Usman shone a little brighter due to his lower economy rate, while Faheem Ashraf also only conceded at 5 an over. Only Ryan Burl managed to get a 30+ score as Zimbabwe limped to 134/7 from their 20.

In retaliation, Pakistan strode forward boldly despite Fakhar Zaman’s miserable inning. Babar Azam (51 off 28) and Haider Ali (66 off 43) both hit hard as, other than Blessing Muzarabani, Zimbabwe bowlers were harmless. With two more wickets in this series, Muzarabani has made a name for himself. In the end, Pakistan crossed their target easily with 4.5 overs and 8 wickets in hand.

Going into the third match, Zimbabwe badly needs to fix both primary aspects of their game, with Blessing Muzarabani looking like the only consistent performer of the bunch. They need to make sure Pakistan has to at least work hard so they can squeeze out some mistakes. Pakistan on the other hand should learn from their mistakes in the 3rd ODI to iron out any chinks in their armour. Their bowlers and batsmen both look to be in solid form, and complacency seems to be their only enemy. As long as they take things seriously, they should be fine.

Pakistan will be keen on teaching Zimbabwe a lesson after being outfoxed into a loss in the 3rd ODI. Expect Babar Azam and Khushdil Shah to be strong with the bat, while Shadab Khan and Haris Rauf show their skills with the ball.

Zimbabwe will be hard-pressed to find a victory, but the least they can do is put in a rock-solid performance. Expect Blessing Muzarabani and Tendai Chisoro to do well with the ball, while Chamu Chibhabha and Wesley Madhevere excel with the bat.