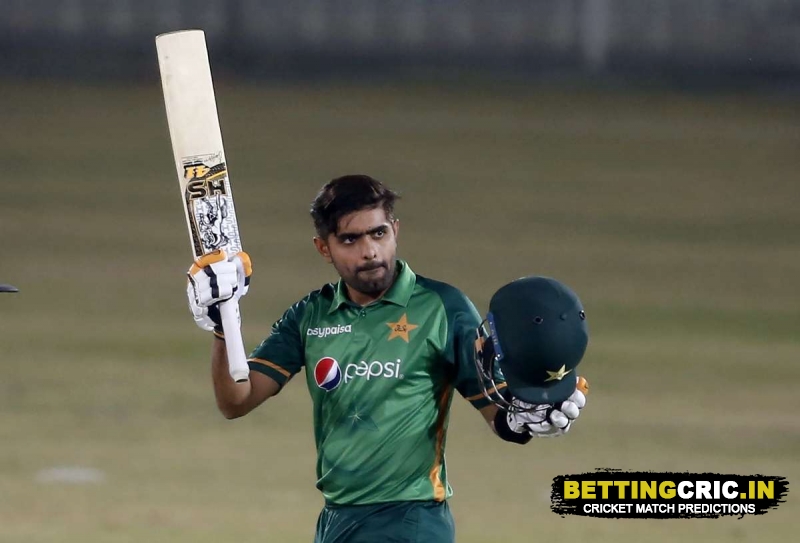 Despite their triumph in the last match of the ODI series, Zimbabwe couldn’t quite trouble Pakistan in the first T20I between the two. Sure, they racked up some runs and built up a relatively decent total, but their bowling wasn’t good enough to stop the Pakistani batsmen. Some misfires and some lackluster performances riddled their batting and resulted in Wesley Madhevere’s effort going in vain, but while Pakistan also had similar bloopers, they still managed to cross the line to victory. Before the second match begins at Rawalpindi Cricket Stadium, let’s take a look at what went down, and speculate on what might happen in the next one.

After the toss went his way, Zimbabwe captain Chamu Chibhabha took up the bat. After a slow start, the aforementioned Wesley Madhevere smashed his way to 70 off just 48, and had it not been for multiple other players being ineffective or wasting deliveries, Zimbabwe could have scored a lot more than a mediocre 156. For Pakistan, Haris Rauf was the pick of the bowlers with 4-0-25-2.

There’s a reason why many people consider Babar Azam to be one of the best batsmen in the world right now, and he showed his skills with  a commanding 82 off 55, anchoring Pakistan’s chase with support from Mohammad Hafeez. Although both were dismissed before the end of the match, they all but took the game all the way. Zimbabwean talent Blessing Muzarabani shined once again with two wickets for 26 runs, but couldn’t help his team enough.

Zimbabwean players have done better than most would expect so far this tour. If two batsmen can click instead of one, they can definitely give Pakistan a run for their money - and having tasted victory once on this very tour will help spur that belief. As for Pakistan, they look composed and ready to take on Zimbabwe. That complacency seems to have been shaken off, and we’ve got a real contest on our hands.

Two matches in as many days is a tall order for any athlete, but thankfully for Pakistani players, they are used to such shenanigans because of the PSL. Expect Babar Azam, Mohammad Hafeez, Shadab Khan, and Haris Rauf to pull this one out for the boys in green.

Zimbabweans definitely lack the aforementioned experience, but this being winter in Rawalpindi will take some of that edge off. Expect Brendan Taylor and Wesley Madhevere to fulfill expectations with the bat, while Blessing Muzarabani and Tendai Chisoro strike with the ball.

Can Pakistan close out the series through experience and skill? Or will Zimbabwe surprise them to create a shot at a rare piece of glory? Find out on Sunday!
Want to start with a bonus? Choose the best Betting Site for youWhere are you from?
India Bangladesh
Tags1XBET Cricket Predictions, MELbet Cricket Predictions