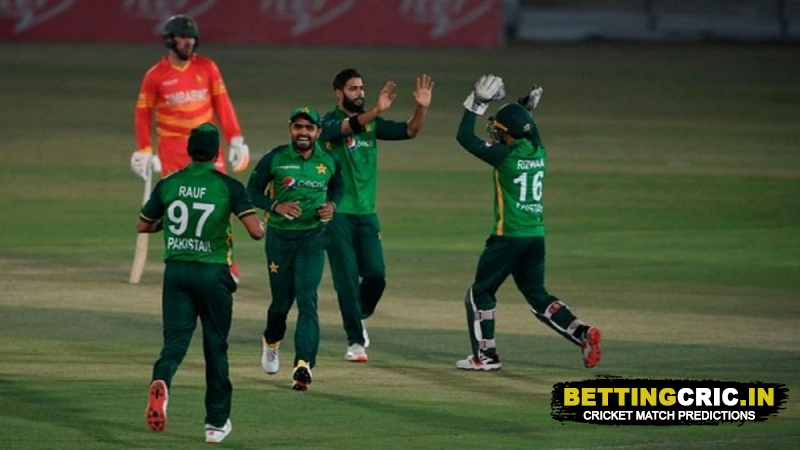 3.11.2020, 13:20 IST
Rawalpindi Cricket Stadium
Zimbabwe’s lack of experience and, sadly, skill showed clearly when they met Pakistan for the second ODI of their tour. In the 16 years since their cricket crisis tore their once great team apart, they have consistently struggled against full member teams, and this was no different. Pakistan on the other hand, despite having faced their own struggles, are much better off with better infrastructure, training facilities, and opponents to play against. With the series sealed in the second game, Pakistan will look to whitewash Zimbabwe while the latter will try to wiggle out a slice of pride to take home. Before this curious contest begins, let’s take a look at the two teams.

Zimbabwe won the toss this time around, and elected to bat. Sadly, however, they lost wickets at regular intervals, and despite Sean Williams’ solid 75 off 70, they were bowled out in the 46th over for 206. Iftikhar Ahmed shone brightly with a five-for as four others also got a bite of the batsmen. Imad Wasim, however, was smacked around quite a lot despite getting a wicket.

In retaliation, Pakistan started strongly and continued that way. Babar Azam played a captain’s knock with 77 off 74, while Imam-ul-Haq also performed well for his 49 off 61. Such solid batting allowed Pakistan to close out the game in just 35.2 overs with 6 wickets in hand. For Zimbabwe, only Tendai Chisoro and Sikandar Raza managed to trouble the batsmen, although the latter wasn’t utilized as much as he should have been.

Given that Zimbabwe didn’t exactly come into this series expecting much, the result isn’t out of the ordinary. However, they did play some good cricket, and the third match might get tricky for Pakistan if they become complacent. For Chamu Chibhabha’s men, Sean Williams showed plenty of skill, and Brendan Taylor showed consistency while the aforementioned Chisoro showed brilliance. On the flip side, Shaheen Shah Afridi’s lack of wickets after his earlier five-for might be a source of slight annoyance for Pakistan, but Iftikhar Ahmed filled that void, and their batting as a team was rock solid for the most part.

Pakistan should be playing without much pressure, and they should be able to take this one. Expect Babar Azam and Imam-ul-Haq to repeat their solid performances, while Shaheen Shah Afridi and Haris Rauf pick up wickets.

To be fair, Zimbabwe don’t have much pressure on them either, and the African side should try to play their best cricket. Expect Brendan Taylor and Wesley Madhevere to perform with the bat, while Tendai Chisoro and Carl Mumba bowl well.

Can Pakistan complete their whitewash for an easy series? Or will Zimbabwe complicate things for them and get an important morale boost? Find out on Tuesday!