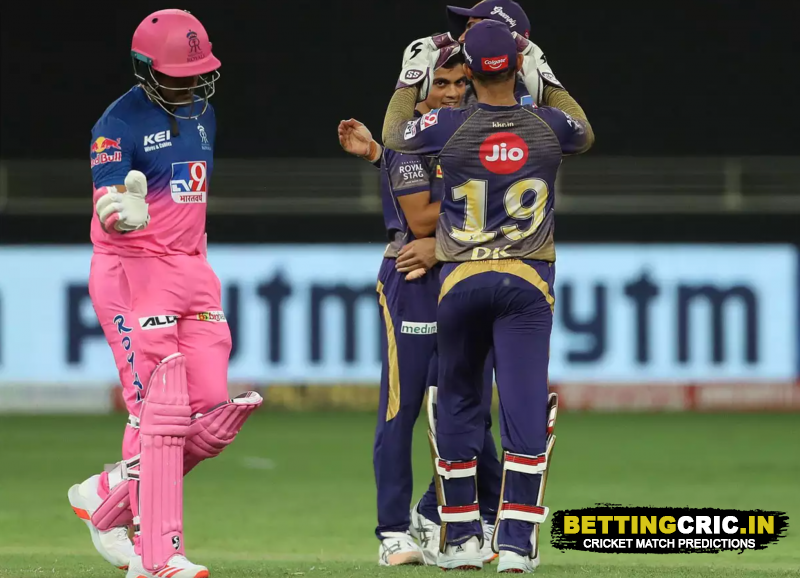 1.11.2020, 19:30 IST
Dubai International Cricket Stadium
Kolkata Knight Riders’ performance in the second half of IPL T20 has been awful. It’s hard to imagine that at one point, they looked like they could even take the number one spot, but 5 losses from their last 7 games has seen them demoted to sixth place with hopes for a playoff spot - one that seemed like a sure shot at one point - in serious doubt. With only one game remaining, the only way they can go through is if they win their next match against Rajasthan Royals, and Kings XI Punjab lose their last match, and Sunrisers Hyderabad lose either of their last 2 games. Meanwhile, RR, who have come back from the dead to stake a possible claim on that last playoff slot, are in a similar position and need this win at all cost. This will be one of the most important fights to decide the final state of the table, and before it gets started, let’s take a look at the teams.

KKR’s experience this year has been almost the exact opposite of that of KXIP. Now, they find themselves in a desperate situation needing one win from one game and then some. In their last match, they faced the knocked out Chennai Super Kings. Nitish Rana’s 87 took the Knight Riders to a decent 172, but even Varun Chakravarty’s 4 overs 2 for 20 couldn’t save that total from being overcome by CSK courtesy of Ruturaj Gaikwad, Ambati Rayudu, and Ravindra Jadeja. Now KKR are in a literal do or die situation, and must hold their nerve and pray to Providence to make it through.

Since that successful first season, RR has been the team that people wanted to see winning more, but just hasn’t. This year has been no different, and they are currently struggling in a situation almost identical to KKR’s. The only difference is, where KKR comes in on the back of two losses, RR comes in with two wins. The last time they played, a Gayle storm had KXIP racking up a hefty 186 despite the best efforts of Jofra Archer. However, Steven Smith’s top order showed superb teamwork as the first five batsmen combinedly overcame the target with 2.5 overs and 7 wickets in hand. A hat-trick of wins here could see them through provided other factors work their way.

Given Kolkata’s massive fan base, a lot of people will be praying for KKR’s qualification. Expect Nitish Rana and Eoin Morgan to get runs on the board, while Varun Chakravarthy and Lockie Ferguson get important wickets.

The Royals seem to have come alive over the past week, and they need to remain alive in order to stay alive in the tournament. Expect Ben Stokes and Sanju Samson to continue their terrific form, while Jofra Archer and Rahul Tewatia pick up some batsman scalps.

Can KKR manage to squeeze through despite their disastrous spell? Or will the Rajasthanis bury them in the desert sand and move past? Find out on Sunday!