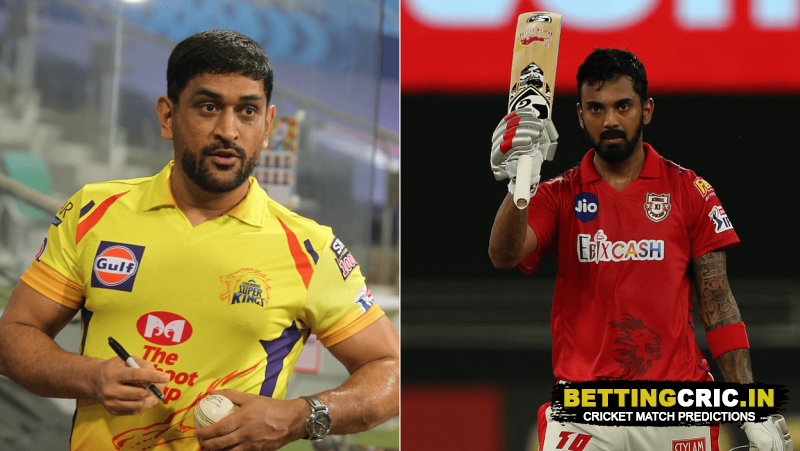 1.11.2020, 15:30 IST
Sheikh Zayed Stadium, Abu Dhabi
They say the most dangerous enemy is one which has nothing to lose. Whoever ‘they’ are must have been talking about Chennai Super Kings, because they have been lethal following their unceremonious ousting from the tournament. After two wins on the trot, they seem to have no intention of letting their last match go to waste. In it, they face Kings XI Punjab - who have done their own share of cornered fighting. After five straight wins, KXIP finally met their match in the same Rajasthan Royals that defeated them in spectacular fashion earlier in the season. Now, they need to make sure they win their last match in order to qualify - and win it by a healthy margin in case Sunrisers Hyderabad come around asking questions. One team will be playing to put salve on wounded pride, while the other will be playing to prove a point through progress. Before this cataclysmic clash commences, let’s take a look at these two forces of nature.

After getting the door slammed shut on their chances of making it to the playoffs, the Super Kings have become a thorn in the side of those trying desperately to qualify. In their last match, they thumped Kolkata Knight Riders down to sixth place. After KKR made a respectable 172 courtesy of Nitish Rana’s mammoth 87, they seemed to be strong contenders for the win. However, despite a slow start, Ruturaj Gaikwad and Ambati Rayudu took their team close before Ravindra Jadeja rescued them with a brilliant 31 off just 11. As long as Chennai continues this pressureless, relaxed way of playing, they are extremely dangerous.

KXIP fans have had one hell of a year - from cursing their luck to cursing their team to loving their comeback. After their match against RR, that rebuttal might yet go in vain. Despite a thunderous 99 from Chris Gayne, KL Rahul’s return to his watchful ways meant his team could only get to a nevertheless-solid 185 (could have been way more). What happened next was a textbook case of how a chasing team should bat, as the intent was clear as day in the way the RR batsmen played. Just about everyone had a fantastic strike rate, with Ben Stokes and Sanju Samson being the best contributors. The Royals waltzed past the target with 2.5 overs and 7 wickets in hand.

Considering how in-form CSK looks now, their players are likely to perform well. Expect Ambati Rayudu and Ravindra Jadeja to do well with the bat, while Deepak Chahar and Shardul Thakur play well.

KXIP have almost pulled off a miracle, and it would be a shame to fall by the wayside now. Expect KL Rahul, Chris Gayle, Mohammed Shami, and Ravi Bishnoi to ace their roles.

In this clash of kings, will the Kings of Chennai commit regicide as a glimpse of things to come in future campaigns? Or will those from Punjab circumvent this crucible to complete their comeback? Find out on Sunday!