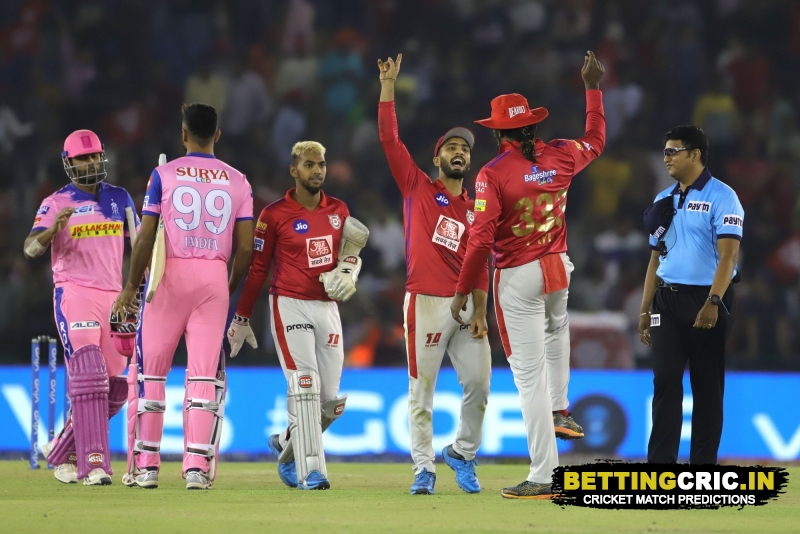 30.10.2020, 19:30 IST
Sheikh Zayed Stadium, Abu Dhabi
Over the course of their last five games, Kings XI Punjab has reminded the cricketing world that it really isn’t over until it’s over. With seven games down, they were firmly rooted in last place with one win and six losses. Five matches later, they find themselves in fourth place with two games in hand. These two games, however, could either seal or invalidate the hard work they’ve done thus far. Next up, they face Rajasthan Royals. Following their all-important win against Mumbai Indians, the Royals now have a slim shot at redemption - but it’s one that requires them to win this clash - and by some margin as their net run rate is absolutely awful. This is a true battle for survival, with the winner having a possible shot at glory. Before it gets under way, let’s take a look at the two participants.

We’re not the kind to believe in superstition, but since the inclusion of the legendary Chris Gayle into the lineup, KXIP have been riding a wave of success. Even in their last game, the big man bailed them out of a seemingly sticky situation. After KKR put up a potentially competitive 149 courtesy of Shubman Gill, Eoin Morgan, and a handy cameo by Lockie Ferguson, KXIP were struggling with run rate woes. That’s when Chris Gayle came in with a whirlwind half-century to take them to the threshold of an eventual victory. KXIP needs to keep up their ridiculous form and not get ahead of themselves in their next two games.

There aren’t many scenarios which allow RR to go through to the playoffs, but if their last match was a sign of things to come, they will try to milk that chance for all its worth. Up against league leaders Mumbai Indians in their last game, they were given a massive 195 to chase thanks largely to Hardik Pandya’s brutal 60 off 21. In reply, RR lost two wickets early, but a titanic 107 off 60 by Ben Stokes as well as a similarly-paced 54 from Sanju Samson saw Rajasthan overcome their target with 10 balls and 8 wickets in hand. In order to make all of this worth it, Rajasthan needs to win the next two games by enough run rate to squeeze them past their peers.

Given Punjab’s urgency in recent matches, it’s likely that they’ll bring their A-game in this one as well. Expect Chris Gayle and Nicholas Pooran to be crucial to the batting effort, while Mohammad Shami and Arshdeep Singh bowl splendidly.

Rajasthan has already triumphed spectacularly against Punjab once, and they can realistically hope to repeat the feat. Expect Jos Buttler and Sanju Samson to make plenty of runs, with Jofra Archer and Ben Stokes being important with the ball.

Can Punjab continue pulling off the impossible? Or will RR pull them off their path to success with another miraculous win? Find out on Friday!