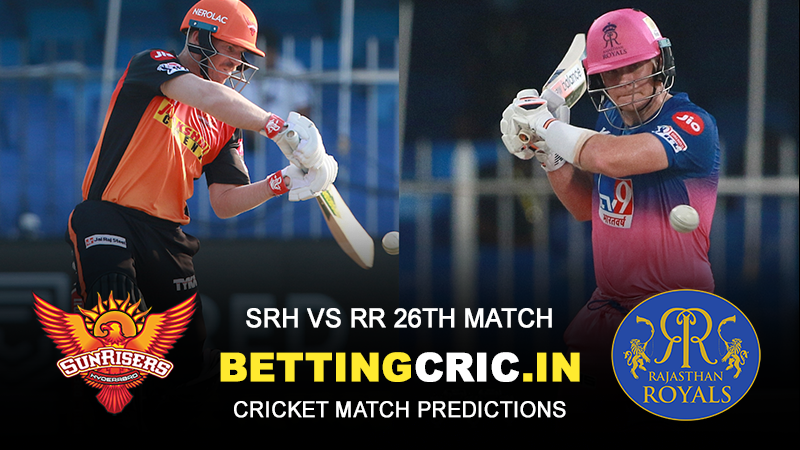 Bet on Bet on
11.10.2020, 15:30 IST
Dubai International Cricket Stadium
It’s not that long ago that Sunrisers Hyderabad were in a miserable state, and Rajasthan Royals were looking like they would go on to achieve great things this season. Instead, at the time of writing, SRH have made it to the top 3, while RR is sulking in seventh place. For SRH, it was a matter of barely edging out opponents coupled with some luck - until their last match. On the other hand, Since starting with two straight wins, Rajasthan Royals have not been able to achieve anything positive. Four losses on the trot now sees them barely staying above only the thoroughly miserable Kings XI Punjab. SRH need to win this next match to stay in the playoff spots, while RR need it to rekindle their dreams. Before the results become apparent, let’s take a look at how they have each been doing.

Although they looked pretty lost in the match before, the Sunrisers seem to have regained their oomph somewhat - that, or they just made the best of facing KXIP, who are looking like the weakest team in the tournament (as usual). Bairstow and Warner got off to a fiery start - putting up 160 in just 15 overs before both fell in the same over. After setting a somewhat disappointing but nonetheless massive 201 for KXIP to chase, Warner’s boys chewed through the Punjabi batting lineup, with only Pooran standing out with a fantastic performance. Among the bowlers, Rashid Khan with his 12 for 3 in four overs stole the show. This match will give them some much-needed confidence, and they could be dangerous in the games to come.

Being only slightly less miserable than Punjab isn’t the best place to be - especially when you consider that all four of RR’s defeats have come in convincing, compelling margins as opposed to Punjab’s borderline bad luck at times. Up against the league leaders in their last match - a team they were equal on points with when two matches in, they were absolutely routed. Set a target of 184, they could only limp to 138 with absolutely nobody looking promising despite a couple of decent scores. For a team that scored 200+ in their first two matches, Rajasthan have slid a long way down and need an immediate upgrade in the batting department.

The Sunrisers are looking stronger, and they should be able to take this. Expect Jonny Bairstow and David Warner to make another solid start, while Rashid Khan and Khaleel Ahmed do their part with the ball.

The Royals must win this to avoid continuing on a downward spiral. Expect Sanju Samson and Steven Smith to contribute with the bat, while Jofra Archer and Shreyas Gopal pick up important wickets.

Who will win the 26th match?

Can the Sunrisers finally get a positive win to loss ratio? Or will the Royals break their curse and finally get that elusive third win? Find out on Sunday!

Want to start with a bonus? Choose the best Betting Site for youWhere are you from?
India Bangladesh
TagsIPL 2020 Betting Tips, Most Match Sixes Prediction, Toss Prediction, 1XBET Cricket Predictions 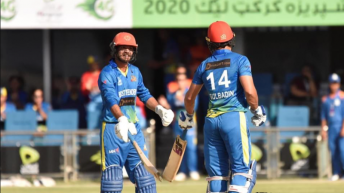