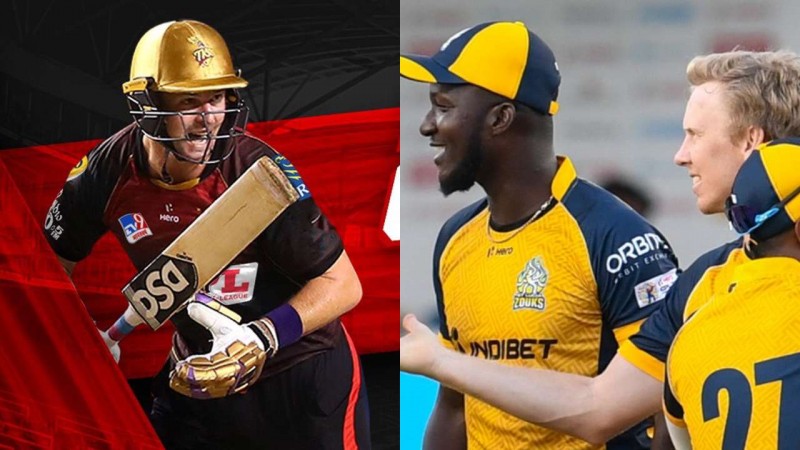 5.09.2020, 19:30 IST
Brian Lara Stadium (Tarouba)
With the league stages about to end, the final positions of the teams is almost fixed - the last battle being fought between second place Guyana Amazon Warriors and third place St Lucia Zouks. The Zouks enjoyed a great early lead despite having what was arguably the weakest squad on paper, but have since been hamstrung by stronger teams and currently lie 2 points behind Guyana. Although they have two games in hand to overtake last year’s runner-ups, one of those matches is against the mighty Trinbago Knight Riders. TKR has been absolutely phenomenal this season, showing both dominance and resilience by steamrolling most opponents and making it out of tight situations with others. Inarguably the favourites, they have already beaten the Zouks once before, and seem ready to repeat the feat. Before the two teams collide to send sparks flying, let’s take a deeper look at them.

With zero losses so far this year, Trinbago have two games remaining - one against this year’s surprise outperformers, the other against this year’s somewhat-surprise underperformers. With the match against the latter coming later this week, the focus will be on the match vs the Zouks. With plenty of might behind the bat and wisdom behind the ball, Trinbago are all ready to grab the Zouks and give them a good shake. In their last match, they waltzed past the Tallawahs, and if they put up a similar performance, they can zoom past the Zouks.

Their recent dip in form notwithstanding, it’s still a great year for the Zouks. Winning 5 of 8 so far, they are much better off than their usual situation would see them. With recent developments, however, they will no doubt be disappointed. Everybody wants one of the top two berths for a chance to avoid eliminator matches, and they’ll definitely feel like they squandered their hard work from earlier if they don’t make it. This was made especially difficult after Guyana’s huge wins left them quite a lot of net run rate ahead.

Trinbago haven’t come all this way just to lose their plot in the dying stages of the league. Expect Colin Munro and Lendl Simmons to take charge with the bat, while Khary Pierre and Ali Khan pick up the necessary wickets.

Given that Trinbago are likely to rest a few key players, and that many of the Zouk’s Afghan players might be leaving for the Shpageeza soon after this match, they will give this all they’ve got. Expect Andre Fletcher and Roston Chase to star with the bat while Scott Kuggeleijn and Mohammad Nabi bowl their hearts out.

Who will win the 27th match?

Will Trinbago continue their amazing unbeaten streak? Or will the Zouks shake them down to climb above Guyana? Find out on Saturday!