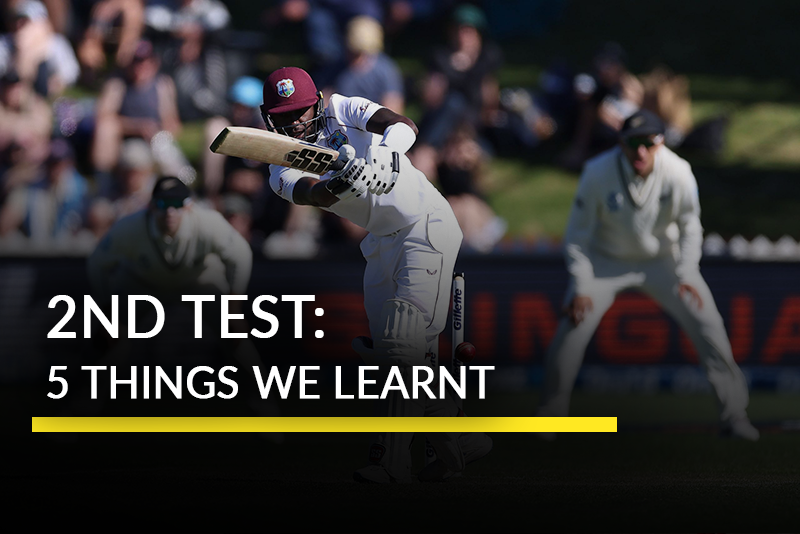 In world cricket, there are few humiliations as bad as being defeated by over an inning in a Test match. It’s safe to say that there’s nothing worse in a two-Test series than two innings-defeats. Such is the result the West Indies are having to gulp down after a miserable run-in with the same New Zealanders they’ve failed to win a series in New Zealand against for 25 years and counting. Of course, this also means that the Kiwis are in an even better position on the WTC table than before. It was a short match, but long enough for 5 talking points from the second Test between New Zealand and West Indies.

1. A shaky start, subsequent recovery by Nicholls, and Wagner’s rampage

For a team that has been so dominant throughout the series, New Zealand started out pretty weakly, falling to 78-3 at one point. However, Henry Nicholls steadied the inning and carried it through with a massive 174, while Will Young, BJ Watling, and Daryl Mitchell chipped in. Things still looked pretty evenly balanced, but then Neil Wagner came out to play a T20 inning of 66 from just 42 - much like Kyle Jamieson in the first Test, boosting the score significantly and getting New Zealand to a dominating position from a decent one.

2. Windies bowlers: better than last time, but not good enough

Throughout the history of cricket, West Indian bowlers have terrorized batsmen from every corner of the world and in every corner of the world, but this generation seems to have lost their skills in that department. Nevertheless, Shannon Gabriel was the pick of the bowlers for his 3 for 93. Given the aggression of the New Zealanders, 3 of them leaked runs at over 4 an over, with Alzarri Joseph doing so at almost 5. Well, at least they managed to bowl out the Kiwis this time around. 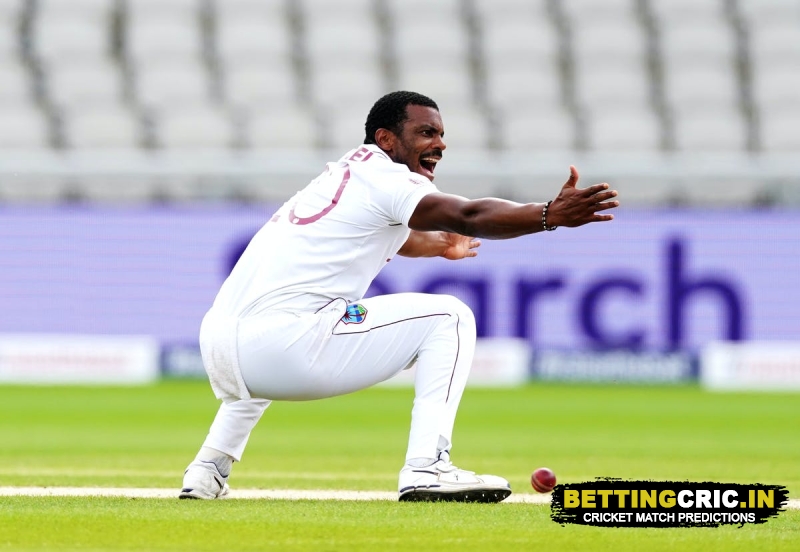 3. Jermaine Blackwood standing among a gaggle of failed batsmen

Whether it was Tim Southee’s 5-wicket haul or Kyle Jamieson’s, the Black Caps duo were on the money with the ball throughout the match. In the second inning, the wicket hauls were a little more divided, with Trent Boult and Neil Wagner also joining in on the action, but Southee and Jamieson took another couple to stay ahead of the pack. The second inning also saw the bowlers give away more runs, as the Windies batsmen were more aggressive overall. Nevertheless, the entire series was exemplary as far as Kiwi bowling is concerned. 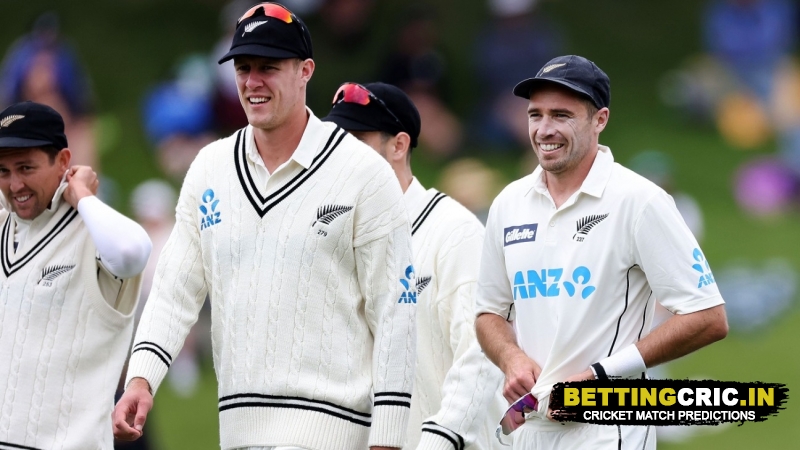 The second inning of the second Test was the first time the West Indies crossed 300 in the tour. John Campbell created a good foundation with 68, while Jason Holder and Joshua Da Silva held things up for a while when the prospect of even 200 looked questionable, and ultimately helped cross that 300 threshold. There was even a little crazy cameo by a damn care Alzarri Joseph. It was all in vain, however, as the Windies fell 12 runs short of what New Zealand got from just one inning. 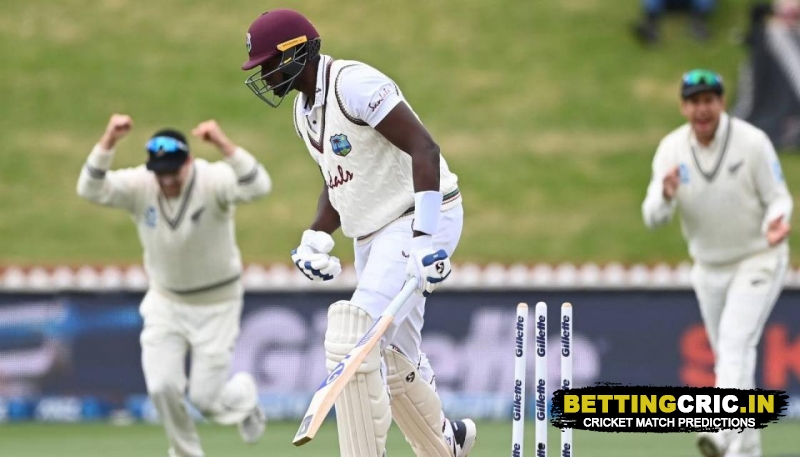 The West Indies go home dejected and will contemplate what to do to improve their Test team. New Zealand in the meantime will get ready for their T20I series against Pakistan who will subsequently be playing a couple of Tests too. The first T20I takes place at Eden Park, Auckland at 11:30AM IST on Friday, December 18th.

Almost everybody - us included - predicted correctly that New Zealand would win the match. The toss was comparatively much harder to get right, but we did do so.

Among other predictions, Jermaine Blackwood was the best West Indies batsman and also got a 50, and although it doesn’t count, Kane Williamson’s replacement Henry Nicholls was the top batter for the Kiwis. Tim Southee was also the highest wicket-taker, albeit tied with Kyle Jamieson. The Kiwis also hit the most fours and sixes, making that a correct guess as well. Join us next time when we review the first Test between India and Australia! 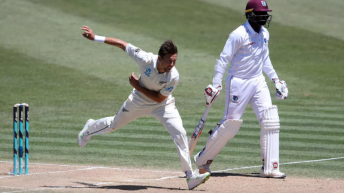 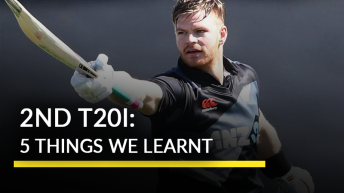