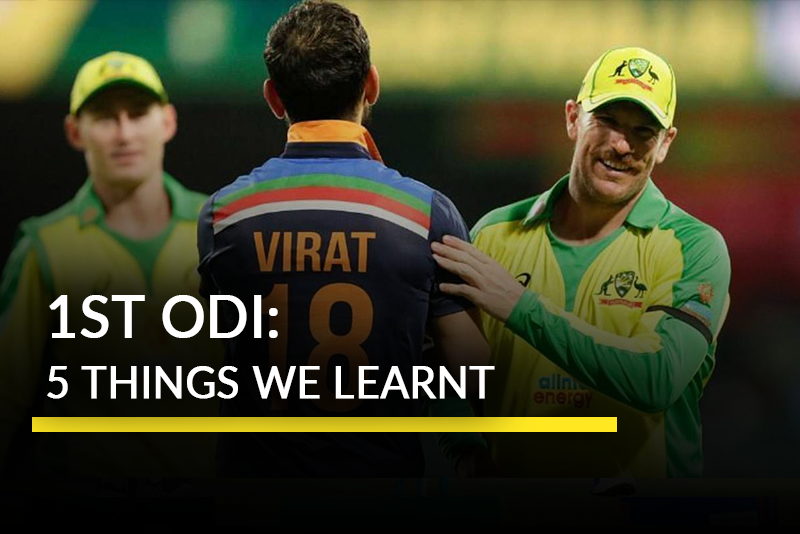 As the euphoria of the IPL dies down and international cricket takes precedence for India, their first match since before the lockdown didn’t exactly go as they would have liked it to. Not only were they battered with the bat, but also peltered with the ball. Had this been against England, it would have been understandable as not only are they the number one ranked team, but they’ve been getting regular cricketing action since all the way back in July. Australia have only played one series before this, and that was all the way back before the IPL. The Aussies looked not only prepared, but downright commanding with the kind of form almost none of them showed during the IPL. There’s a mouthful to discuss from the first ODI between the two, and we’re going to get right down to it with 5 talking points from the first ODI between India and Australia.

It’s no secret that David Warner, Aaron Finch, Steve Smith, and Glenn Maxwell are superstars, but while Warner looked like he just resumed doing what he was doing during the IPL, the others seemed to be rejuvenated by playing for their national team. The same Smith who only had one or two decent showings in the entire IPL absolutely demolished the Indian bowling. Aaron Finch averaged only 22, but scored a whopping 114 here. Glenn Maxwell? Didn’t hit a single six all season, only to hit 3 in one afternoon with an ideal T20 inning of 45 off 19 - something Kings XI Punjab could have badly used in their campaign. Nevertheless, it’s always good to see a player returning to form. 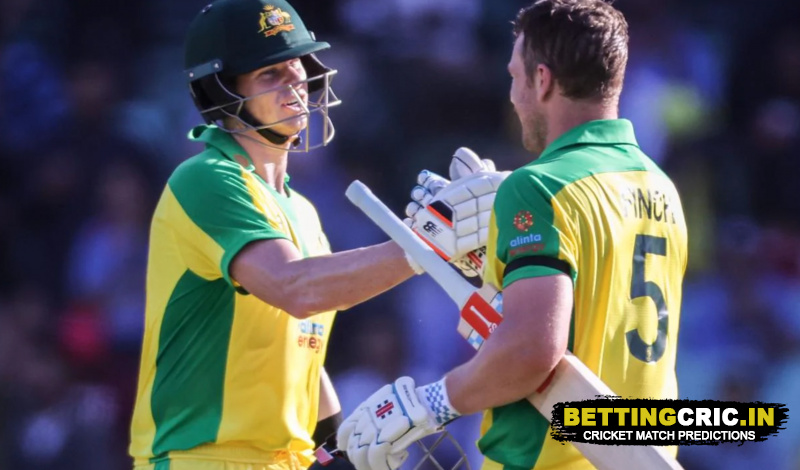 Granted, bowling on various surfaces around the world can be challenging, but a change of this magnitude is neither expected nor welcome. The failure of this iteration of India to pick up early wickets isn’t new, but it seems to have hit a terrible new low. It’s not like they consistently bowled bad deliveries, but they just weren’t good, either. There was no sharpness; no nip. This has to change if they want to trouble this batting lineup.

3. Good batting, but not great batting

While several players got a start for India, they just couldn’t carry through. Sure, Shikhar Dhawan and Hardik Pandya did very well for their 74 and 90 respectively, but the fact that several other members started well, were going steady, and then lost their wicket earlier than they should have was disappointing to say the least. We’re not saying every batsman has to do great every time - just that under the circumstances, someone had to. 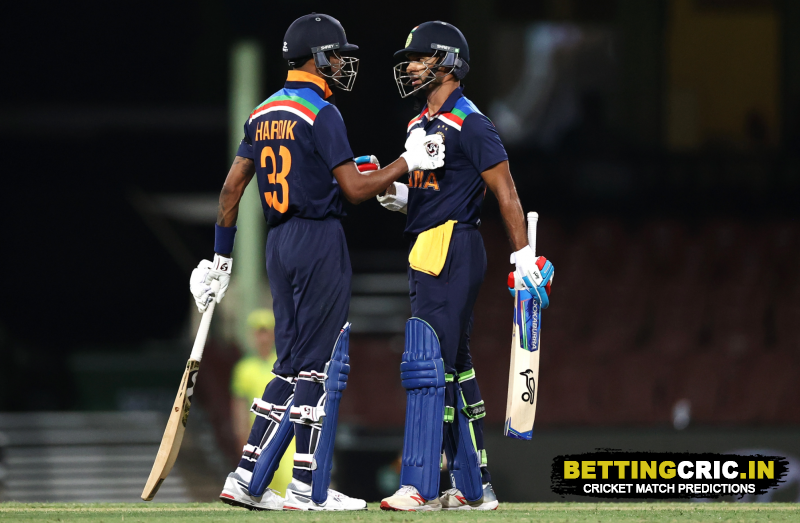 4. The effect a home track can have on bowlers

Sure, some Australian bowlers were taken to the cleaners like their Indian counterparts, but others stepped in big. Adam Zampa and Josh Hazlewood struck every time a batsman started to open up in a big way, and ultimately made sure India just couldn’t rise up like they needed to. Even Marcus Stoinis, despite not taking a wicket, was ridiculously miserly with the runs before he picked up a groin strain and had to leave the field for at least the day. It’s not like these bowlers aren’t good by default, but Zampa in particular seems to be extra good whenever the game is at home. 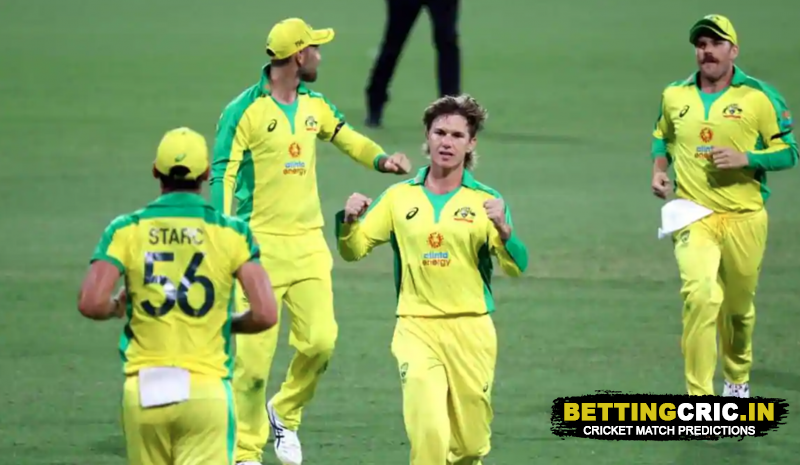 5. What India lacked and what they did wrong

India needs a reckoning. Their bowlers were mostly toothless, and their batsmen did either too little or not enough. What was most disappointing was the seeming lack of intent from some of their players while chasing. We’re still not sure what Ravindra Jadeja was doing when he scored a 37-ball 25 after coming out when his team needed 145 off 93. Either rotate the strike regularly, or win or die trying. This isn’t the IPL and you’re not playing Dhoni’s net run rate damage control mode. Sure, Saini played similarly, but he’s a bowler and not a bonafide all-rounder. Overall, this team needs work, and fast.

What’s next for India and Australia?

With the first match done and dusted, Australia are going to be looking to close out the series, while India try to level it. Almost everyone on the home side played well, but the visitors might want to make some replacements - especially since they have more than enough options to try. Catch them again for the second ODI, live from the Sydney Cricket Ground at 9:10AM on November 29th.

No prizes for guessing who the winners of the toss and match were, but Marnus Labushagne and Marcus Stoinis were just about the only batsmen to not perform well for the Baggy Greens. KL Rahul followed suit, while Shubman Gill didn’t make the playing XI. Aaron Finch and Hardik Pandya, however, kept up their ends. Bumrah couldn’t strike, and Hazlewood was narrowly edged out by Zampa. Australia were ahead on fours, but the two teams equalled one another on sixes.