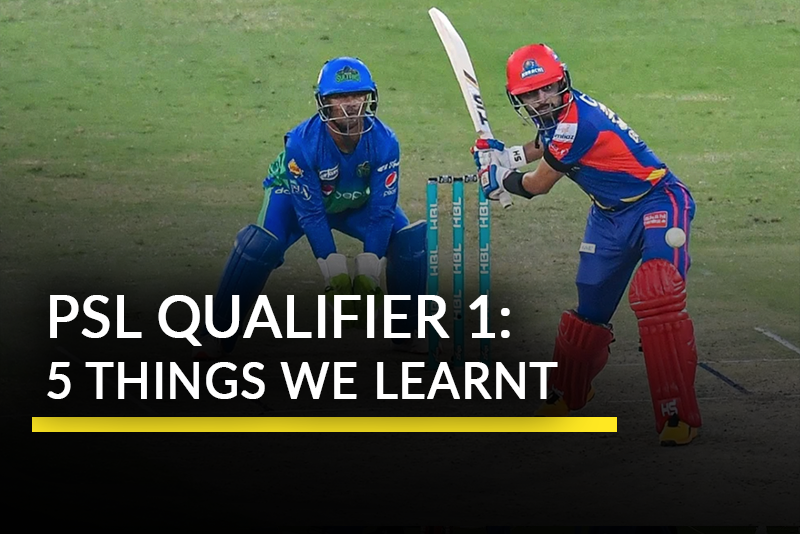 The biggest heartbreaks come from battles between the least fortunate, and Saturday’s clash between Multan Sultans and Karachi Kings in the much-delayed first playoff match of PSL 2020 yielded quite a lot of heartache - both in terms of anxiety and grief. KK were on a mission to get to the final for the first time after floundering in the playoffs in the four years prior, while MS were looking to assert dominance after successfully making it to the second round for the first time in their shorter history. It was Karachi that took the win and put one hand on the PSL trophy, leaving Multan to try to get back at them through the second eliminator. For the details, here are 5 talking points from Multan Sultans vs Karachi Kings.

The performance of any batting lineup is mercurial. One day, a top order can go on a rampage, and on others, they can fall without much of a fuss. The Multani top order, so often the crux of their team’s success this year, fell flat as only Zeeshan Ashraf managed to score double figures. What’s worse is two of these dismissals were runouts, which is about as morale-sapping a statistic as any. Ravi Bopara Tried his best, but his effort ultimately went in vain. MS need to make sure a similar collapse doesn’t happen against Lahore Qalandars, because that will be a knockout.

2. On the right pitch, economical bowling can be as good as taking wickets

Although Arshad Iqbal bowled extremely well for his figures of 4-0-21-2, no one bowler for the Karachi Kings was truly devastating. Instead, several of them bowled economically to keep the score in check. Waqas Maqsood also picked up a couple, and Imad Wasim chipped in with one, but of the 6 bowlers to bowl, only Wayne Parnell gave away more than 6.75 runs per over. Such bowling will definitely come in handy for Karachi in the final. 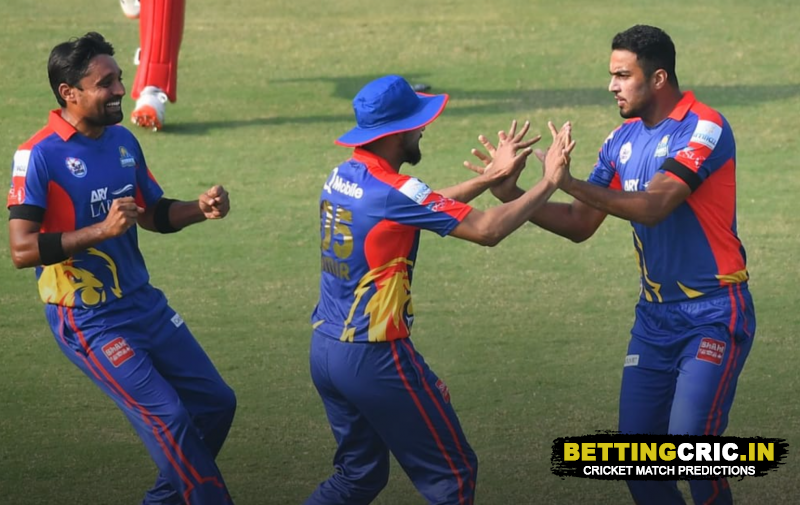 How many times can a man save a side? If you’re Babar Azam, that number will take a while to count. The man is a phenomenal batsman, and has often been the central cog around with the teams he’s a part of base their innings. Sure, 65 off 53 might seem slow, but given the circumstances it all but saved his side. It will be interesting to see if he can perform similarly in the final he has gotten his team to. 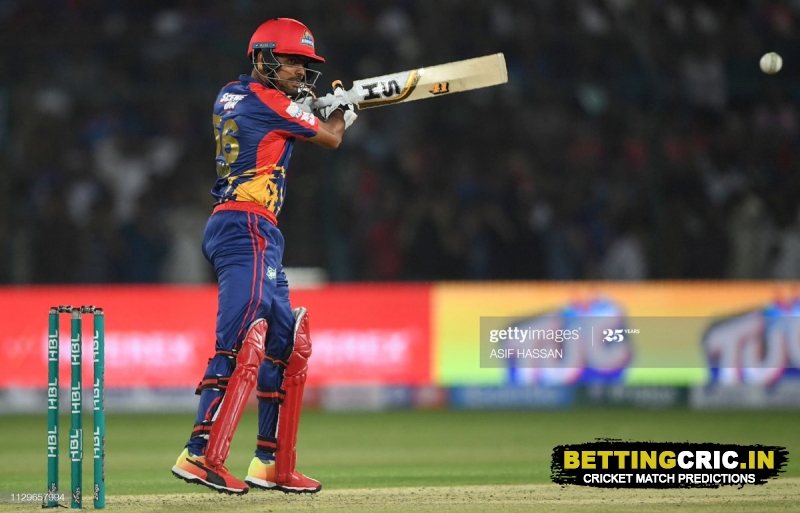 4. Bizarre bowling choices by the Sultans

In 3 decades of watching cricket, I can’t remember another instance where a bowler bowled the very first over of a limited over inning, gave away only four runs, and wasn’t asked to bowl again. It would be weird enough in a 50 over match, but in a T20, four runs in an over is a veritable godsend. Moreover, Khushdil Shah wasn’t asked to bowl after his two overs despite conceding only 8 from 2, The only people who were justifiably given the bowling again and again were Imran Tahir and Sohail Tanvir.

5. The frustration of not finding the boundary

It’s excruciating when you can’t find the boundary when intending to at any level or of the game, and exponentially more so when it’s in the super over of a playoff qualifier. Chasing Karachi’s 13, Rilee Rossouw and Ravi Bopara, who both have plenty of power under the bonnet, just couldn’t get them away as they could only limp to an ineffective 9 thanks to spectacular bowling by the veteran Mohammad Amir. 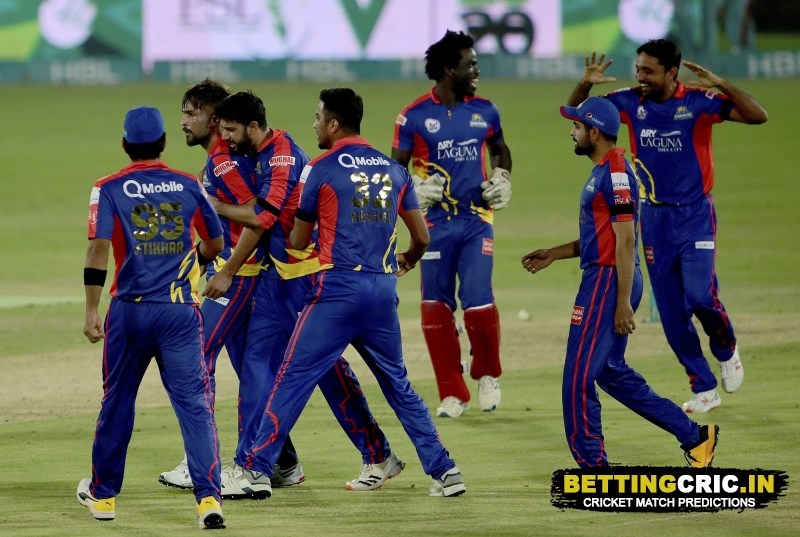 As they’re through to the final, Karachi will rest, practice, and plan for the big day while they find out whether they’re facing Multan or Lahore. It’s hard to say whom they’d like to face more, but it’s most likely Lahore because in the last meeting between the two, they flattened the Qalandars with 10 wickets to spare. Multan, meanwhile, will be looking to avenge their own defeat at the hands of Sohail Akhtar’s men in their last league game. That crucial match takes place at the National Stadium in Karachi at 8:30PM on November 15th.

We got the toss right, but both Shan Masood and Zeeshan Ashraf were big disappointments. Babar Azam, on the other hand, held up his name. Mohammad Amir didn’t shine until the Super Over, but Sohail Tanvir was correct. Multan failed to win the match or score more fours, but they did get the most sixes. We look forward to seeing you again for the review of the eliminator between LQ vs MS! 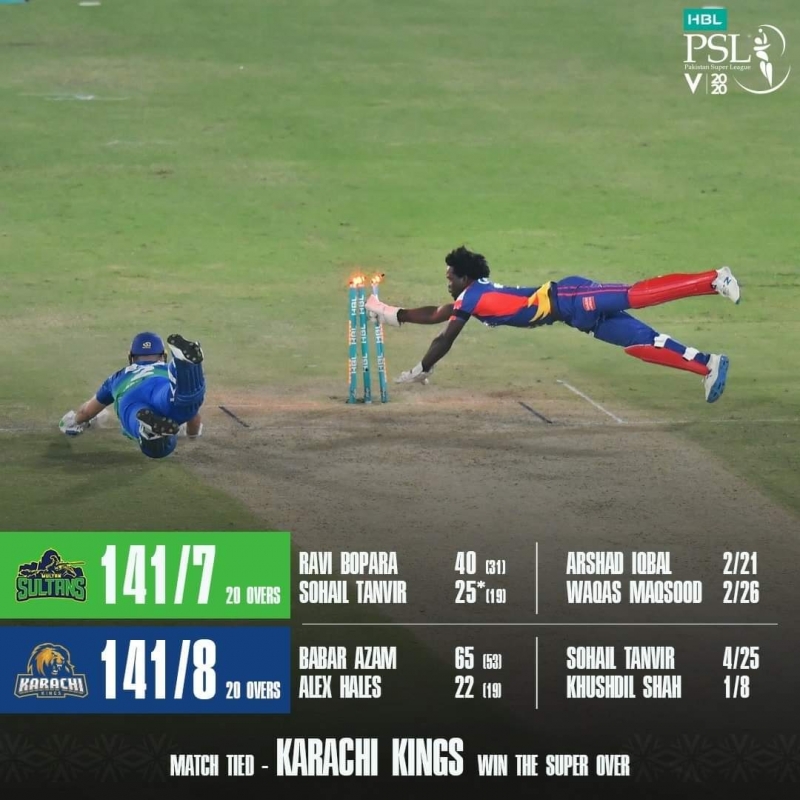