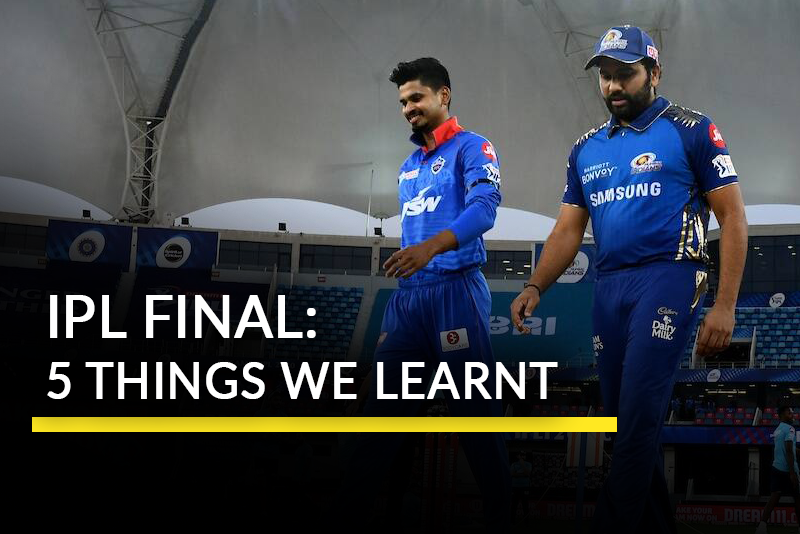 Hopes and dreams are different for all. Where some teams dream of playing in and winning a final for 12 years, others dream of winning it in consecutive seasons. At this year’s IPL, one and a half of those dreams came true. Delhi Capitals managed to reach a final for the first time in 12 years, while Mumbai Indians dashed the former’s further ambitions by fulfilling their own dreams of winning consecutive titles. Where Delhi struggled for the fourth time against their apparent bogeys, Mumbai dominated the final as they have been doing since their first win in 2013. Of course, it’s rarely as simple as that, and we’re here to dig deep and discuss 5 talking points from DC vs MI.

One can hardly blame an all-rounder who’s used to batting in the latter half of the inning to be absolutely bamboozled by the doozy he faced first ball. Stoinis’ golden duck was a harbinger for things to come, as Delhi quickly lost 3 wickets (albeit not as quickly as they had in the first qualifier) and had to go into salvage mode. Shreyas Iyer and Rishabh Pant did recover their inning somewhat, but poor hitting in the death overs meant they could only get 38 off the last 5, giving them a very mediocre 156 to defend. 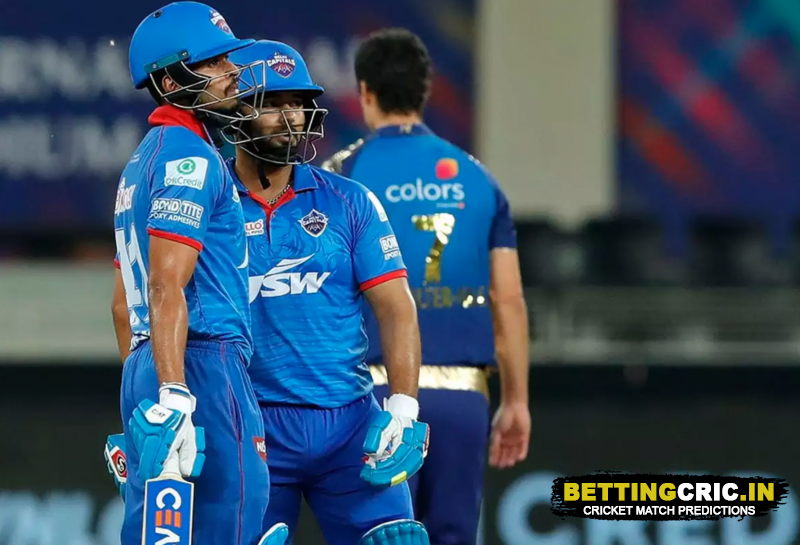 2. Boult and co. and the art of fast bowling

When your very first delivery is one of the best balls of the tournament, you are bound to get a big boost in confidence. Trent Boult’s very first delivery alone was worthy of a player of the match award, and the additional two wickets just helped the cause. Nathan Coulter-Nile also bowled superbly for his 4-0-29-2, as did Jayant Yadav, who had only played one other match this IPL (also against Delhi Capitals). Just about the only relative disappointment was the fact that Jasprit Bumrah, usually the strike bowler for MI, failed to live up to his name and conceded the Purple Cap to Kagiso Rabada in the process. 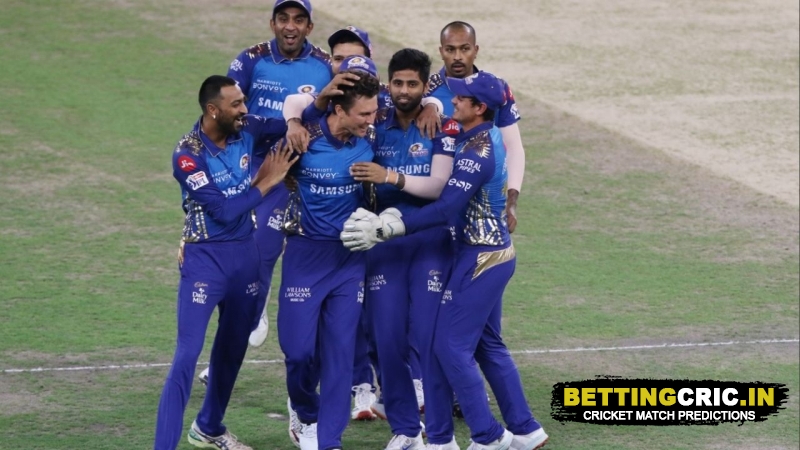 One could say that where Shreyas Iyer managed 65 off 50 in a very difficult situation for his team, Rohit Sharma’s 68 from 51 was less vital, but in this battle of the captains, it’s important to note that Iyer’s pressure was alleviated by Pant’s aggression, Sharma had to hold up one end while others came and went with varying degrees of success. Ishan Kishan was the best of the lot, with a blazing 33 off 19, but nevertheless, there were times when, had Rohit Sharma fallen, DC could have pounced on the rest of the MI batting.

It’s hard to say if Delhi’s bowling failed or Iyer’s captaincy. We’ve criticized his lack of imagination and/or guts before, and it came back to haunt his team when it mattered the most. Sure, Kagiso Rabada and Anrich Nortje were expensive, but they have that all-important wicket-taking ability. Saving them for the end rather than aggressively seeking wickets at a time when Mumbai could have perhaps been forced into mistakes was a grave error, and although Axar Patel bowled superbly and Ashwin and Dubey were decent, the trio failed to pick up a single wicket.

5. Why Mumbai were Delhi’s kryptonite this season

An analysis of the scorecards of the four matches played between the two seemingly-well-matched teams reveals that apart from their close defeat to MI mid-season, DC lost their chance with the other three games around the mid-way mark. It’s hard to blame them for that first defeat, other than the fact that their batting could have had some more urgency, but in the other matches, while Mumbai’s batting was commendable throughout, it was their bowling that really sealed Delhi’s fate. It could very well have been a case of pressure or nerves, but in any case, Mumbai’s bowlers absolutely owned the Delhi batsmen. Maybe they should have taken lessons from Sunrisers Hyderabad, who chased down Mumbai’s 149 with all 10 wickets in hand. 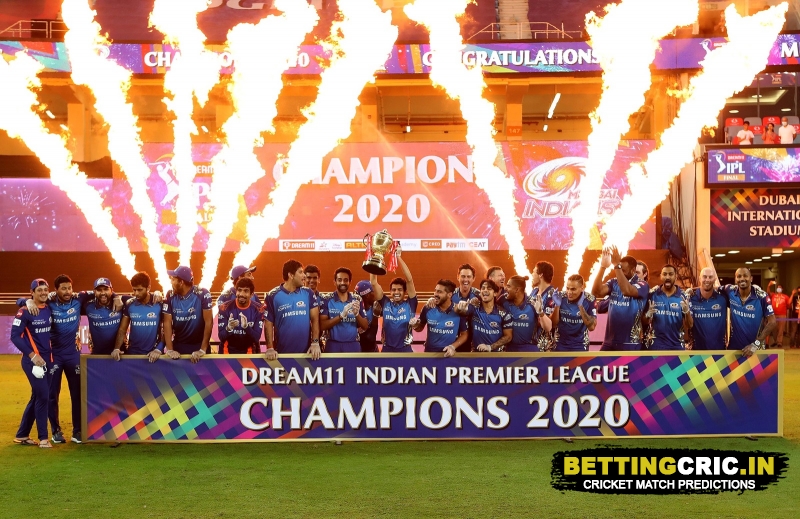 We were as lucky with our toss prediction as Delhi were with the outcome of the same, but we erred on the result of the match and Delhi’s batsmen completely. Rohit Sharma was definitely the right pick for Mumbai, though. Hardik Pandya’s 50 was nowhere to be seen, and Bumrah and Rabada also disappointed. As for the fours and sixes, however, we were absolutely spot on. Join us again for reviews of the PSL playoffs after they begin on November 14th!